Turning on the tap: new pipeline for farming businesses

Turning on the tap: new pipeline for farming businesses 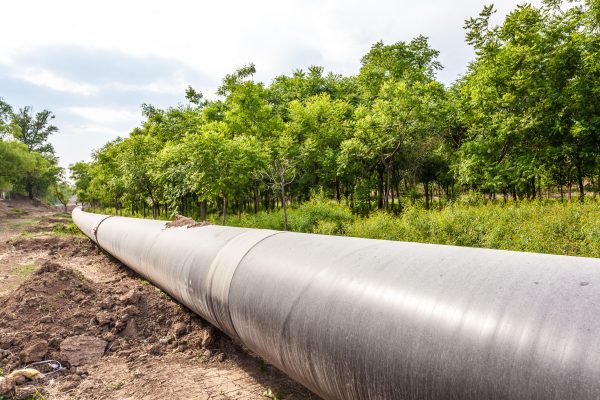 More than 80 landowners without access to a steady water supply will be given much needed respite with the opening of the first stage of the south-west Loddon pipeline project in Victoria.

Minister for Water Lisa Neville has visited the region to meet with local farmers to open the first completed stage of the project, which stretches 110 kilometres with two pump stations at Yeungroon East and Korong Vale.

Stage one forms part of a larger 1300 kilometre pipeline project, which is now underway. This is a project that the local community and council have been advocating for after years of drought conditions.

Neville says, “This project will provide water security for farmers and the agriculture sector – which is good for the wellbeing of agriculture communities, for jobs, and for liveability.”

The Water Minister and the Premier met with the community in 2015 to discuss connecting the south-west Loddon Shire with Victoria’s water grid and returned in 2016 after listening to community needs to announce the funding, which is now providing water security to the region’s rural communities for the first time ever.

This critical project will link the Waranga Western Channel to the Wimmera Mallee pipeline and will provide access to piped water for landowners, many who currently rely on their own catchment dams for a water supply.

Many landowners have previously been forced to cart water to their properties for stock and domestic purposes and were largely dependent on rainfall. “Many farmers who relied on their own catchments and were forced to cart water now have greater access to reliable supply, which is good for the local economy and their businesses,” Neville says.

Forty landowners have expressed interest in being connected to the new pipeline, with up to 20 connected by mid-October. The project, which has been well received in the area, is expected to be completed by mid-2019.

The entire project, once complete, will extend the Victorian Water Grid by connecting the Grampians and the Goulburn systems, allowing for up to 630 customer connections.

The water will be sourced from available growth water already held in Grampians Wimmera Mallee Water’s existing bulk entitlements on the Wimmera-Glenelg, Murray and Goulburn systems.

The entire pipeline will deliver about 780 million litres of water to local landholders and hydrants and will improve water access for emergency services and residents.

The $80.6 million project, funded by the Andrews Labor Government, Grampians Wimmera Mallee Water and the Commonwealth, will support employment in the local farming sector and bring benefit to farmers and the agriculture sector across the region. “We’re working with the water sector and local communities to provide water security now, and in the future,” says Neville.

BY ON 3 November 2017
This article also appears in Corporate Waste Solutions.