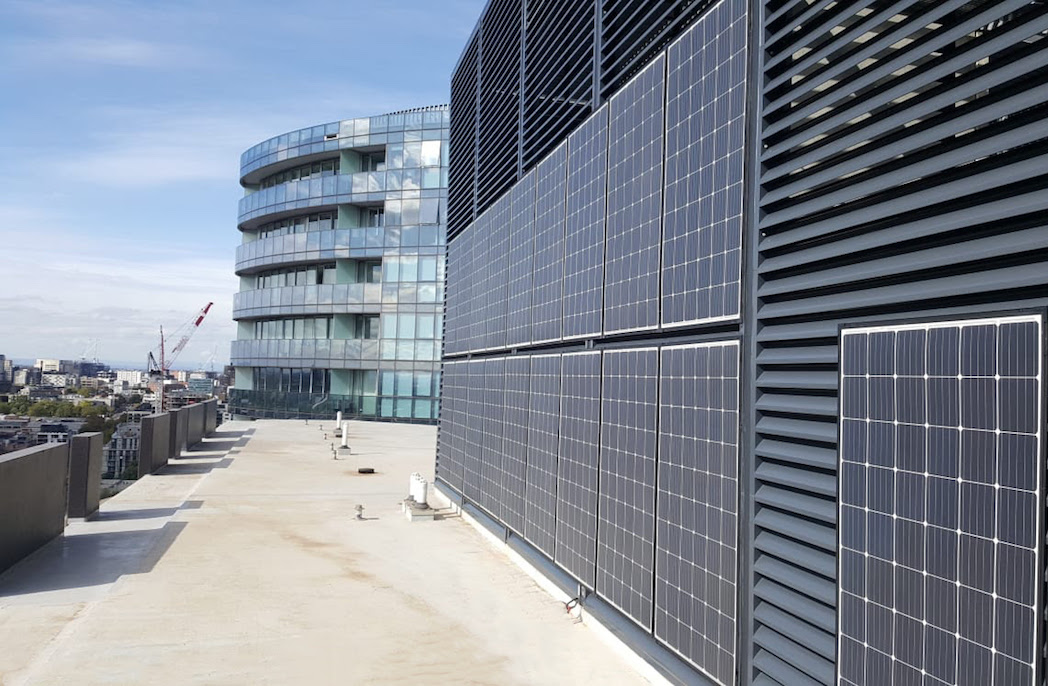 WINconnect has completed the installation of vertical solar panels at the Harbour One residential development in Melbourne’s Docklands.

In what WINconnect is calling the first of its kind for Australia, 87 vertical solar panels will generate an estimated 32,000kWh (kilowatts per hour) per year – the equivalent of powering 11 apartments off-the-grid for one year. The system will offset 27 tonnes of carbon emissions yearly.

A lack of roof space meant conventional solar was not going to be an option.

“When we sat down with the Harbour One owners’ corporation,” recalls WINconnect CEO Phil Baxter, “solar was at the top of their mind.

“We noticed that while the flat rooftop surface itself was not available, there was still a lot of vertical surface area at the top of the building with exposure to direct sunlight.”

Installing traditional solar panels, which weigh approximately 20 kilograms each, was not feasible on the aluminium louvred roof structure. Working with a supplier and installer to source lightweight panels, each weighing approximately eight kilograms, the team found they could be glued to the vertical louvred surface on the Harbour One rooftop.

“You never know what new technology is around the corner,” says Baxter, “and when it becomes available building managers want to be able to make the most of it.”

It’s estimated that the building’s owners’ corporation will now save $6000 a year on energy costs.