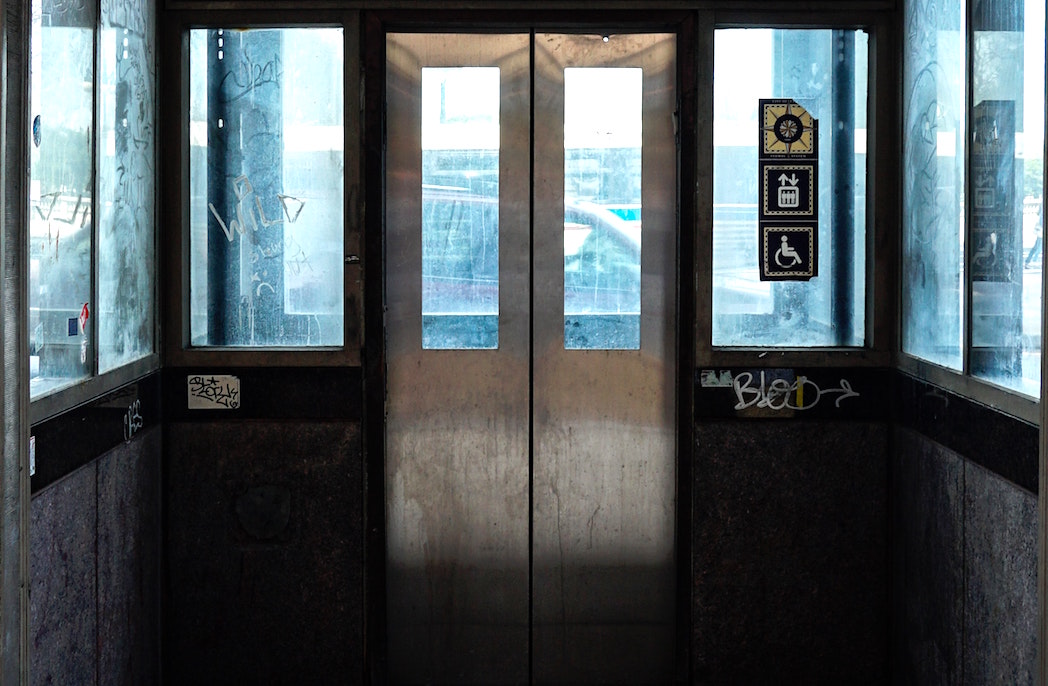 Some architects don’t like the look of automatic doors but, given their safety, that is hardly a reason not to mandate their use, says Geoff Hanmer of the University of Adelaide.

New research in the New England Journal of Medicine suggests that SARS CoV 2, which causes the disease known as COVID-19 coronavirus, is more stable on plastic and stainless steel than on cardboard or copper:

This is disquieting news for building designers and the manufacturers of door hardware and taps, who have traditionally used stainless steel or chromed brass under the common (but incorrect) impression that they provide an unfriendly environment for bacteria and viruses.

They are certainly relatively easy to clean, at least to the human eye, but taps and door pulls in public toilets and door hardware in apartment common spaces and lift buttons are not cleaned between every use.

With this in mind, it is concerning to see just how many doctors’ surgeries and dedicated coronavirus facilities in Australia and elsewhere still appear to be equipped with manual hinged doors with stainless steel or chromed brass handles and push plates, both inside and out.

It is clear from the available research that this type of touch point poses a risk of transmission, particularly in placers where a significant proportion of users will be ill with a virus, if not SARS CoV 2.

While SARS CoV 2 is a uniquely hazardous bug, other common viruses and bacteria, including the common cold and the rotaviruses that cause gastrointestinal infections, are also transferred by touch points in buildings.

This is unnecessary given that simple technology exists that can obviate the problem.

Automatic doors are cheap and safe

Even if we can’t afford an automatic door on the outer doors of public toilets, the least we can do is plan the doors to open outwards so the doors can be opened with our elbows, or eliminate the doors entirely by making the entrances U-shaped.

Our reluctance to install them is odd

In the current crisis, we ought to be consider propping open high-traffic doors in public buildings, retrofitting powered door openers or simply removing them. We can use keys, pens and elbows to operate lift buttons.

The fact that sliding automatic doors are not more widespread is odd. They are moderately priced by comparison with many other components of buildings, and are often more durable in high traffic areas than hinged doors.

They are also safer than hinged doors because they are unlikely to clobber people or crush fingers, and they are far friendlier to people with children and people carrying boxes of files or trays of donuts.

Some architects don’t like the look of them, but this is hardly a sufficient reason not to mandate them given their benefits.


It is astonishing that it is still possible under the National Construction Code to build medical facilities meant for people who are more likely than most to have infectious illnesses without mandating the use of automatic doors, automatic flushing devices, automatic taps and automatic hand wash dispensers.

And it is hard to believe that the same rules should not be applied to all high traffic locations, such as common spaces in large apartments, airports, bus stations and train stations.

And there’s a problem with air-conditioners

A related problem highlighted in the new research is that SARS CoV 2 appears to be able to continue to live in the air. The time it took for half of the virus particles to become inactive was just over an hour. If the research is correct, airborne transmission is possible.

Many air-conditioning systems recirculate air throughout a floor or a whole building, typically at around eight air changes per hour.

Research from Purdue University and the National Centre for Infectious Diseases in Singapore suggests that recirculating air-conditioning systems could spread SARS CoV 2, although we are not sure how likely it is.

Some air-conditioning systems, including in parts of some hospitals, are equipped with High Efficiency Particulate Air (HEPA) filters, which appear to be effective in capturing SARS CoV 2, even though it is about three times smaller than the smallest opening in a HEPA filter.

Most conventional air-conditioning filters won’t do it.

Read more:
Our buildings aren’t made to keep out bushfire smoke. Here’s what you can do


It may be wise to operate recirculating air-conditioning systems that lack HEPA filters in full fresh-air mode where this is possible, which is the case in many recently built office buildings.

If people who may have the disease are confined in a building without openable windows, such as a hotel, those in the building could face problems. Most recent hotels have a system that confines recirculated air to one room and should be safe, but not all do.

Openable windows and natural ventilation are probably the safest option, providing a good reason for many of us to stay at home.

Domestic split system air-conditioners, which simply recirculate air within one house, or systems that rely on 100 percent outside air, are safe, providing those of us in homes aren’t already infected.

This article is republished from The Conversation under a Creative Commons licence. Read the original article.

Photo by Eternal Seconds on Unsplash