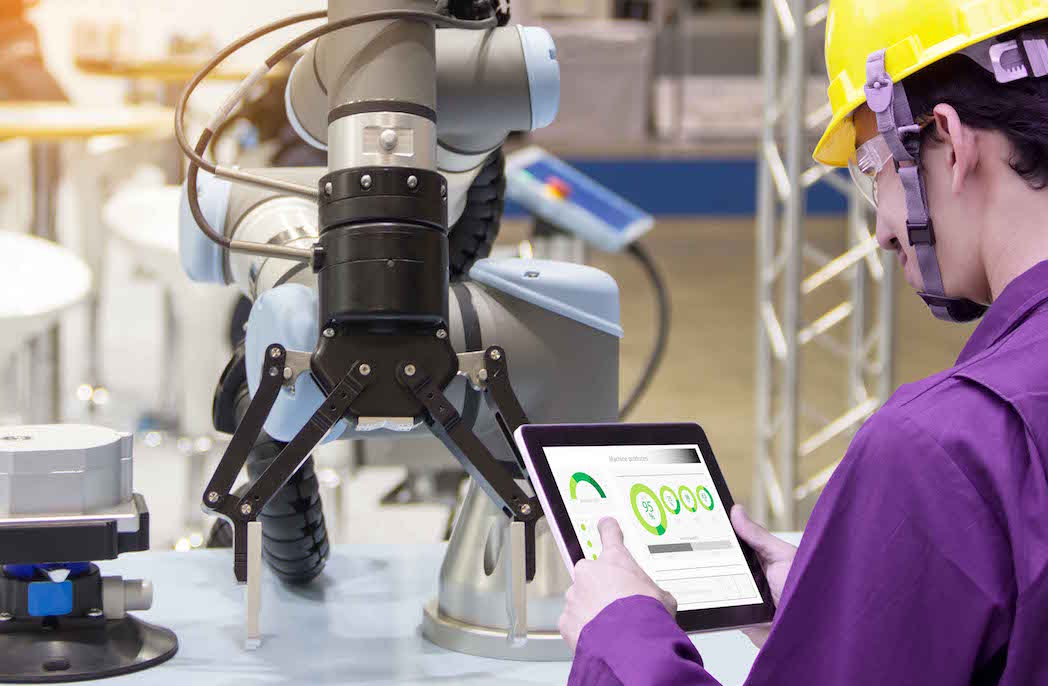 The first steps on the road to automation may be easier than you think. John Young highlights three routes that smaller and medium sized facilities can take.

According to the philosopher Lao Tzu, a journey of a thousand miles must begin with a single step. For many manufacturers, the first step on the path to Industry 4.0 may seem like it involves significant capital costs, but that need not be the case.

The Fourth Industrial Revolution is sweeping its way across the Asia Pacific region. Substantial benefits in productivity and efficiency are available but it is often easier for larger companies to take advantage of the latest tech when requires significant capital investment. Smaller and medium sized enterprises might feel they cannot afford the high costs.

Although this concern is legitimate, the obstacles facing smaller manufacturers are not as great as you might think. In the past couple of years, a number of new trends have shown that making your facility smarter can be achieved in different ways. Here are three alternative routes to greater automation that allow companies to make those first steps to Industry 4.0.

An effective way of avoiding the high upfront costs that many manufacturers are fearful of is to take advantage of business-as-a-service models. This gives companies the flexibility required to exploit the benefits of new technology on a subscription basis. Manufacturers can pay to rent equipment through a monthly or yearly subscription, pay to use the equipment for a one-off project, or pay according to the output gained. As well as avoiding the high capital costs, this takes out the risk associated with new technology and allows manufacturers to add greater levels of automation in an incremental way.

For example, a manufacturer might recognise the benefits of having a cobot working alongside its existing workforce, but be resistant to buying the equipment outright during a time of uncertainty.  Instead, they pay to rent the equipment on a monthly basis and can choose to opt out or invest in their own machinery at a later stage. In the Asia Pacific region, where countries like Singapore and Japan boast some of the highest robot installations per head in the world, there is a tidal wave of opportunity waiting to be unleashed.

The term microfactory was first introduced in 1990 by the Mechanical Engineering Laboratory of Japan. Otherwise known as small footprint manufacturing, the recent emergence of smart factories threatens to upend some of the established pillars of economic wisdom. In a world that is more environmentally conscious and where demands for customisation are growing, economies of scale may not be the only way forward.

Microfactories are small but agile manufacturing spaces, which rely on higher levels of automation but are ideally suited to high mix, low volume production that breaks conventions. Rather than the costs of new technology locking out smaller manufacturers, the microfactory concept shows that new technology, like additive manufacturing or 3D printing, is allowing smaller businesses and disruptive start ups to take advantage of greater automation. The pioneer of the microfactory is US car maker Local Motors, which produced the world’s first 3D printed car in 2014.

Talk of robots and 3D printing conjures notions of a high tech, futuristic world. However, your existing legacy equipment may be closer to Industry 4.0 than you realise. For many manufacturers, retrofitting their legacy equipment will offer a much better return on investment and represent a smart first step on their Industry 4.0 pathway.

A manufacturing operation might have perfectly functioning legacy equipment, such as drives, sensors and PLCs. As technology progresses, these machines may need to be integrated with newer machines, which come equipped with data collection and communication capabilities. Manufacturers want the benefits of smart technologies and the data this can gather, but surely there is an alternative to ripping then entire system out?

Thankfully, manufacturers can instead retrofit their legacy equipment with smart technology, like newer human-to-machine interfaces or smart sensors that gather data on machine performance. For example, a smart sensor which measures vibration, temperature and pressure can be fitted to legacy machinery, collecting data on machine performance. Now, when the machinery is in need of repair or replacement, the data gathered from the smart sensor can help underpin a predictive maintenance program and a replacement part can be ordered from a reliable parts supplier.

A fully automated smart factory may be a thousand steps away, but the first steps along this pathway are often easier than many people realise. Whether it is innovative start-ups carving out a niche, or established SMEs wedded to legacy systems, the latest tech is not the exclusive preserve of the larger companies. As-a-service models, microfactories and retrofitting are three alternative strategies to consider if you want to invest in the technology of the future.