Plastic is here to stay 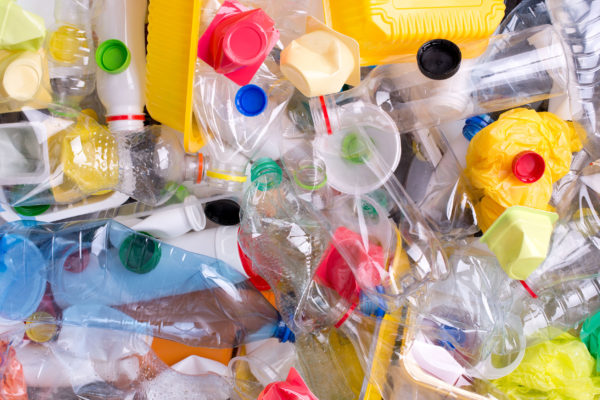 Climate change, sustainability and the dire state of our natural world – these are issues at the forefront of cultural and political consciousness. Whatever our opinion of the matters, they receive a significant amount of lip service in the political, social and broadcasting arenas.

We’re always hearing about how detrimental to the environment plastic is, and the material and our wanton use and disposal of it certainly has serious ramifications on the earth.

But perhaps we have been approaching the situation from the wrong direction. Maybe plastic is not the problem – we are. Dr John Williams, a UK sustainable plastics expert and advisor to the UK Government, believes not only that plastic is a lasting material, but that it is essential to the future of humanity.

“Let’s face it – plastic is here to stay,” Williams says. “I do get very tired of the growing uninformed media and NGO stuff about plastics being a bad material and how we should move to ban them and use alternatives.

“It is the most functional material we’ve ever come up with,” he points out. “We depend upon plastics to such an extent that we would literally struggle to live without them. The fact that we are not very good at disposing of it shouldn’t stop us from using it.

“We need to move towards much more intelligent materials which are not only designed for front-end functionality, but also for back-end ‘circular economy’ principles of recovery.”

As can be expected for such bold statements, especially in the face of growing awareness about the harmful effects of plastic on the environment, the reaction has been mixed.

As the business development director of Aquapak Polymeres, Williams is at the forefront of the sustainable plastics movement, and the group is about to launch a new plastic that is 100 percent recyclable, biodegradable and non-toxic.

This polymer is a specially formulated polyvinyl alcohol (PVOH) based system, in pellet form for thermoplastics processes. Unlike a cast PVOH, it has a much wider range of applications and properties, and is much more easily reused or recycled.

“The upside to this polymer is that it has all the credentials and properties of a conventional plastic, but its end-of-life behaviour is somewhat different,” Williams explains. “You can recycle it, recover it and get it to dissolve. It will also biodegrade if it’s in the form of a lightweight film or multi-laminate. It’s compostable and it will go through an anaerobic system.”

Williams attributes its recyclability (including chemically recovered) to the robust nature of the product, and claims it is biodegradable by nature because of its chemistry.

“It can be reused or recycled back to itself for the same applications or, if in a small concentration, it can be biodegraded,” Williams says.

Marine tests have also been carried out on the polymer, to prove that it won’t do any harm to the marine environment. Two universities performed indicative tests on water fleas, lobsters and other marine life to verify its harmlessness in both macro and solution form.

With little serious thought traditionally given to what happens after plastics’ primary function has been achieved, Williams says the development of new plastics represents a critical facilitator in the drive towards a much-needed international shift to safer, more environmentally friendly iterations.

“The future of plastic is not only about increasing front-end functionality – we also need to start thinking about what kind of plastics we have to adopt in order to allow better recyclability, recoverability and disposability,” he says. “What can we do to give it a chance of degrading properly or morphing into something else?”

When it comes to the inevitable widespread adoption of sustainable plastics, Williams says the plastic packaging sector (rather than areas such as medical, automotive or aerospace) will likely be the early movers. But that’s not to say it will be a quick process.

“It’s always a tough challenge because you’re effectively trying to turn the super tanker of conventional plastics,” he says. “But it can happen. Inevitably it’s about introducing this material to as many applications as possible.” And the world is changing, Williams promises.

He also believes that the economic and social cost for industries and companies opting not to embrace a sustainable plastics future will be considerable.

“The cost of not doing it has both moral and economic aspects,” he says. “Brands want to make money, but they also want to be seen as leaders in sustainability. If they do nothing, clearly they’re going to get a huge amount of hassle from NGOs and consumers. They might even experience consumer turndown, which would therefore negatively affect share values and investment. So there’s certainly a strong economic drive to adopt new plastic technologies.”

Williams understands that, in order to sustain the lifestyle that we are used to, something’s got to give, and we cannot continue in the same vein that we’re used to.

“We need new materials for the world to continue to benefit from technologies, but we need to couple it with environmental sensitivity,” he says. “Plastics are brilliant materials, but we need options for it after its primary use.”

Williams is presenting at the Australasian Waste and Recycling Expo in Melbourne this month. For more information visit awre.com.au.