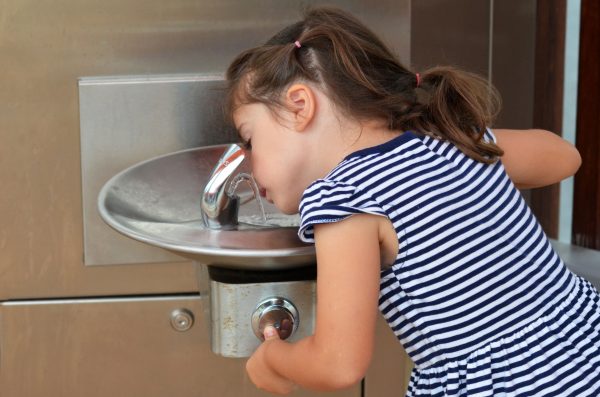 Australia is looking at significant population growth over the next couple of decades and part of the infrastructure needed to accommodate this is in education. Schools and schoolchildren need water, and a great way to deliver this is via a filtration system, writes ADRIAN CUGNETTO.

It’s been well-documented that the population in Australia is projected to grow. Currently sitting around 24.13 million, that figure is expected to rise to 36 million by 2046. And it’s the cities that will experience the greatest change. Melbourne alone is projected to nearly double its population to eight million.

These new Australians will not all be born here; many will be immigrants, perhaps including people whose home countries have been made unliveable due to the effects of climate change. But there is no doubt that there will be more young people and school age Australians that will need to be accommodated. And this is already happening.

And the growth is spread across the whole country, with the top 10 growth suburbs for primary school aged children including Cranbourne East in Victoria (which saw an additional 2251 children, added to the 910 in 2011), Baldivis in Western Australia and Cobbitty and Leppington in New South Wales.

The top 10 for secondary school aged children includes many of the same suburbs, with Cranbourne East again coming out on top (up to 1927, an additional 1366 children from 2011). There’s clearly something in the water in Cranbourne…

Victoria is particularly interesting when it comes to schools, as this was the state that saw the closure of so many of them in the 1990s. The Kennett Government has long been associated with these closures and, although the exact figures are hard to pin down and this education rationalisation initiative did actually start before Jeff Kennett became Premier, it is certainly true that there was some brutal cost cutting during this period, as the government took advantage of a temporary lull in the population growth to sell off government schools and the land beneath them, particularly in the inner suburbs of Melbourne.

But that lull was only temporary and many areas are now finding that they have huge numbers of young people needing schools and having difficulty accessing them. Families in the inner south-eastern suburb are among the aggrieved who remember the former Prahran High School that was located where the Orrong Romanis playing fields are now. They are probably the same families who shook their heads and sighed when construction began this year on the new four-storey Prahran High School on the former Swinburne University Campus.

It’s not alone. There are a number of new inner-city schools in development or recently completed by the Victorian Government. As at April 2018 it had invested around $2.8 billion into the construction or upgrade of schools, with 64 new schools planned, including the state’s first vertical schools – the Hayball-designed Richmond High School and South Melbourne Primary School. There is also a three-storey primary school planned for Docklands.

Similar architectural styles are reflected across the country with the South Australian, New South Wales and Queensland governments also all committing significant funding to vertical schools in their most populated cities.

This trend for taller, and indeed vertical, schools speaks to an unavoidable reality for the construction of educational buildings in inner cities – the difficulty in finding enough space to build them. Schools that go up instead of spread across have very different design challenges to traditional campuses. One of the most obvious relates to the provision of water.

Without large expanses of space used for playgrounds, the school bubblers of yore are no longer always possible or appropriate. Even when they can be specified, bubblers are notorious magnets for mischief – subject to vandalism and pranks that render them unusable or severely compromised. The new schools are also being designed with sustainability and water conservation in their DNA, which means wasting water and specifying taps that can be left in the ‘on’ position are to be avoided at all costs.

Everyone needs access to clean water, of course and especially children. To keep them hydrated and away from the fizzy and unhealthy drinks like colas and lemonades, it’s imperative that drinking water is available to them at all times. Which is why the families of most school-aged children will have a drawer full of water bottles – some with missing lids, some that always leak, and some that have multiple moving parts and are impossible to clean satisfactorily. And why a whole drawer? Because they go missing. All the time. If you have a child or children, you will know this for a fact. Sometimes they turn up again, when you least expect them, but always when you’ve just gone out and purchased a new one.

Look at any lost property box in schools or sports centres or anywhere children gather and you’ll see dozens of them, all shapes and sizes – lost water bottles. But at least the reusable bottles are better than the scourge of one-use bottles that are inundating our recycling plants (at best), clogging up our landfill sites (worse) or refusing to break down for millennia and choking our oceans and the sea life within (absolute worst).

Of course there is a solution to this dilemma of hard to place or vandalised bubblers and the plague of lost or throwaway bottles. And that’s to specify a fit for purpose water filtration system – with clean and cold water available on demand. When specifying a filtration system, it’s important to make sure you choose one tested to the strictest health standards and certified by the globally recognised NSF public health and safety organisation, which ensures the highest level of drinking water is available. It’s also important to replace filters periodically to maintain the water quality. The best systems will offer premium submicron filtration for bad water quality areas.

Apart from the provision of drinking water, filtration systems also come with a boiling water component for staff rooms and other adult-occupied spaces. With recess and lunchtimes strictly adhered to, any time spent on waiting for a kettle to boil is time wasted. Instant access to boiling water for that yearned for cup of tea is guaranteed to please any teacher or member of the school support staff.

And when you look again at the number of extra children heading to Australian classrooms in the near future, anything that helps staff to get on with teaching them has to be a good idea. ●