Is it possible to fly sustainably? 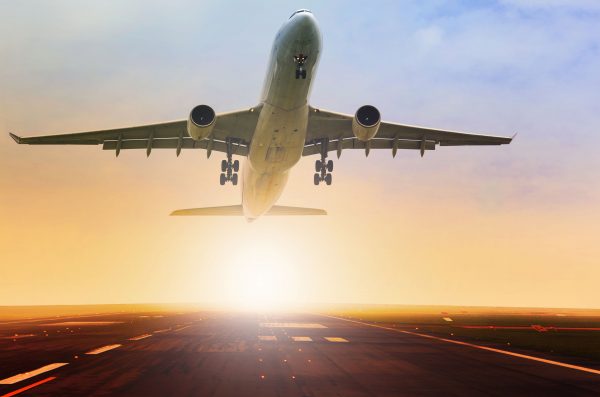 Many Australians will have just jetted back from a well-deserved summer holiday over the Christmas and New Year period. Plenty of us tend to board a plane without thinking about what it’s doing to the environment, but perhaps we should.

In global terms, Australians fly a lot. In the past year, the aviation industry transported more than 59 million passengers on domestic flights, and 39 million on international flights. Sydney to Melbourne is the world’s second-busiest air route, with 54,519 flights a year.

Our ability to fly cheaply and reliably connects our regional centres to our cities, our large cities to each other and our cities to the world. Air travel is also important for regional and international development. Many parts of the world rely on air travel for income from tourism for economic development.

But all this global travel comes at a serious cost to the environment.

THE ENVIRONMENTAL IMPACT OF AIR TRAVEL

Unfortunately, air travel is one of the more environmentally damaging activities we can undertake. Globally, the aviation industry is responsible for roughly two percent of carbon dioxide emissions, but that is rising quickly as more people fly more often.

Aircraft burn finite fossil fuels, emit greenhouse gases and leave contrails (water vapour) in the atmosphere at high altitude, making them particularly harmful to the climate. While the emissions per passenger per kilometre can be comparable to driving, we generally fly a lot further than we’re willing to drive – particularly with international flights.

Air travel worldwide is growing at more than six percent a year, outpacing the reduction in per-passenger carbon emissions gained from efficiency measures.

Not all the environmental impact of air travel comes from the flying, as airports themselves have high carbon footprints. All the surrounding infrastructure – terminals, runways, ground transportation, maintenance facilities and shopping centres – use significant amounts of land, water, energy and other resources.

There are moves towards making airports greener through an international carbon accreditation scheme, but resource use is still significant. Helsinki Airport claims to have gone carbon-neutral, something all airports should be aiming for.

WHAT CAN YOU DO?

While truly sustainable air travel isn’t currently possible, there are ways to fly that are less harmful than others. Here are some ideas to make your travel plans more sustainable.

Choose airlines that pack their flights

Many flights on commercial airlines are nowhere near full, and empty seats on a plane means wasted fuel and unnecessary carbon emissions. Some airlines are better than others at ensuring their planes carry the most people they can, so choose an airline that does its best to ensure capacity seating. Less legroom and no spare seats may mean less comfort in a squished flight, but this means that more people are benefiting from the fuel being used and there are less emissions per passenger.

The question of offsets

Carbon offsets – where we pay to have the carbon dioxide emissions from flying sequestered in another form, usually through tree planting – are one of the more controversial measures we can take to reduce the impact from flying. Some researchers argue that offsets can actually do more harm than good, by giving us the impression that the air travel industry can be environmentally justified in its current form. By all means buy offsets from a certified organisation that minimises our impact, but we should be under no illusion that carbon offsets make air travel sustainable.

We can support campaigns and initiatives to make air travel more sustainable and equitable. In the UK, 93 percent of people fly less than once a year domestically, and 54 percent of people took no international flights. This means a relatively small part of the population is flying much more than the rest, and having a correspondingly larger environmental impact.

The campaign A Free Ride is proposing a flight levy that rises as a person takes more and more flights in a year. This will put pressure to fly less on people and organisations who fly frequently.

Type of aircraft and alternative fuels

Airlines offering flights on newer models of aircraft will generally be less harmful than those with older models. Search for flights on a website that allows you to check what type of aircraft you will be flying on, and that estimate CO2 emissions for the flight.

Peak oil and fossil fuel depletion are another concern for the sustainability of air travel. While nearly all commercial planes still use kerosene-based fuels, some are experimenting with biofuels. While we should applaud airlines that look for alternatives to fossil fuel, biofuels are also controversial. They tend to originate from sources that require industrial agriculture to produce, can compete with food crops, and cause deforestation.

A more novel way to reduce air travel emissions is to skip the flight completely and travel to your destination in virtual reality. VR is increasingly becoming recognised for its potential to give users immersive experiences of real world locations.

This obviously won’t help if you plan to go hiking or visiting family and friends, but if you just want to see the sights of a particular place then VR is clearly a more sustainable option than flying.

If you’re travelling to attend a conference or meeting, consider attending remotely by video conference or even via a telepresence robot. In either case, you won’t have to battle jet lag.

Keep your carbon budget under control

We probably won’t stop travelling by air tomorrow or any time soon. But those of us in the developed world who fly a lot are using far more than our carbon budget allows.

So think about how necessary your air travel is, whether there are more local alternatives to far-flung destinations, or whether you can use digital technologies instead of hopping on a plane.