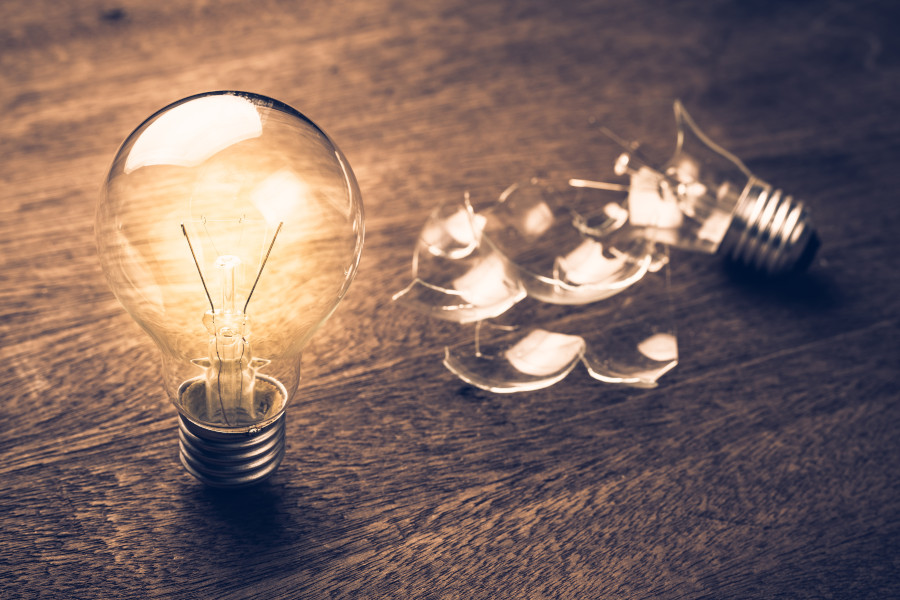 Those ‘gremlins’ that create persistent but unexplainable electrical problems in your facility? A thorough power quality analysis can put them down for good, writes PAUL ANTHONY.

Electricians get called in for all sorts of electrical, or supposedly electrical, problems. Their bills are paid, yet problems persist. People in the IT department complain about an inexplicable rash of failures with computer power supplies. Lift mechanics are called in to fix control problems, which disappear when they arrive and promptly show up after they have gone. And emergency lighting is mysteriously activated when all else is normal. These events all seem like unavoidable irritations that are just part of life. The word commonly used to describe these events is ‘gremlins’ as in, ‘We have checked the switchboard, checked voltage, checked sub-distribution boards – all good. Guess the problems you have are because of gremlins.’ The implication is that your electrical problems will, in due course, up and leave like an ant plague.

But guess what: gremlins don’t really exist. And there is something to be done about all of these mysterious, undiagnosed problems. In fact, what is needed is a thorough power quality analysis, with subsequent precautionary measures put in place. Let’s take a more detailed look.

Electrical power comes to your doorstep as single-phase or three-phase power. Chances are it’ll be three-phase if your electrical installation is of any size at all. The poles and wire people – who are not necessarily your electrical energy retailer – are responsible for power quality, which they mainly interpret as keeping voltage within prescribed tolerance limits of 10 percent of 230 volts for single-phase or 400 volts for three-phase. Voltage variation within these limits is unlikely to be the cause of your ‘mysterious’ problems. More likely, if high limits persist, you are consuming more electrical energy than is actually required. Note: persistent high voltage has created a market for voltage limiters but, as already mentioned, high voltage is unlikely to cause the sort of problems we’re trying to diagnose.

Power quality deteriorates due to imported and exported problems. The imported problems are attributable to a variety of causes beyond your control, and are difficult to pin on the poles and wires folk unless you have incontrovertible proof (more on this later). For general information, imported problems are due to lightning strikes, switching operations and faults such as short circuits. Other causes include nearby solar systems, industrial plants with equipment like electric furnaces, arc welders and induction heaters.

Exported problems are due to your own installation with certain plants affecting others in your installation – and some of the power quality problems leaving your building to possibly affect your neighbours. Causes are sometimes surprising, like electronic fluorescent tube ballasts, your own IT equipment, variable speed motor drives as used in air-conditioning fans, refrigeration compressors or interference generated by malfunctioning electronic equipment, such as microwaves.

Fixing problems requires a forensic approach, which generally requires a specialist with appropriate analytical equipment. The long-term monitoring of power as it enters your switchboard can provide valuable information, provided the monitoring equipment has the capacity to look at very short-term pulses in the electrical supply. While a pulse may last just a thousandth of a second, voltage could peak at several thousand vaults – enough to blow up some computer power supplies.

Another class of power quality deterioration is harmonics. As a quick explainer: your electrical energy is supplied as alternating current (AC), reversing its direction 50 times a second. Harmonics are multiples of this basic frequency of 50 cycles per second (50 Hertz – abbreviated Hz), with odd multiples generally far more prevalent than even ones; for example, three times, five times etc. The causes of harmonics are generally electronic equipment such as solar inverters, variable speed motor drives and some industrial equipment.

Types of power quality disturbances and what to do about them

Supply authorities are not overly fussed about the harmonics they bring to your doorstep, but they hate when you contribute to the problem. Often they require installations to fit expensive harmonics mitigation equipment.

Harmonics at lower frequencies are unlikely to cause interference problems with a building’s electronic equipment, such as building management systems and lighting control. High frequency harmonics, however, are likely to affect sensitive equipment by conduction along building wiring. We are not talking about radio frequencies, more in the area of several thousand to 20,000 Hz. These frequencies are readily transmitted along the wiring of a building.

If your facility is affected by gremlins, rather than trying to guess what the problem may be, it’s advisable to arrange for a power quality survey. In fact, it is generally a good idea to have your facilities power quality tested on a regular basis. A high-performance power quality analyser is essential, as both low and very high frequencies may have to be recorded and measured. With regard to harmonics, the power quality analyser you employ must be able to establish the direction of the harmonic power flow so as to attribute the cause to either a facility or the poles and wire people.

If the survey shows up the presence of transients, such as fast rising power line disturbances, the cause may be difficult to establish and you may have to take some precautionary measures.

For installations susceptible to electromagnetic noise (note that ‘noise’ and transients are not two different concepts, just different ways of describing the same phenomenon) such as some building management systems and most IT equipment, transient suppression is part and parcel of electromagnetic immunity (EMI) and emission. Of course, in the case of electromagnetic interference or noise, we’re not necessarily talking thousands of volts – and the solutions for transient suppression often consist of some form of filtering. In these instances an experienced power quality analyst will be able to guide in the selection of suitable devices.

Switchboard monitoring equipment is available that can be interfaced to your own data collection systems to provide 24/7 records.