Protecting biodiversity in a changing climate 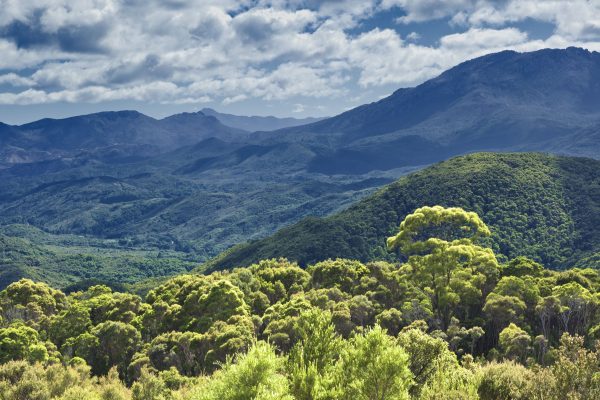 Biodiversity Node at Macquarie University has won the 2017 BHERT Award for Outstanding Collaboration for National (Non-Economic) Benefit. The awards seek to recognise outstanding achievement in the collaboration between business and higher education in the fields of research and development, and education and training.

New South Wales is better placed to manage and protect its biodiversity in a changing climate thanks to the deeply collaborative work of the Biodiversity Node of the NSW Adaptation Research Hub, hosted by Macquarie University.

Since it was established in 2013, the Node has delivered research to support the management of biodiversity conservation in NSW under climate change. As a result of this research the Node has produced a suite of evidence-based online tools including:

The Biodiversity Node brings together 64 individual researchers from 16 institutions and agencies across Australia who are developing policies for translocating vulnerable species, identifying tree species at risk from increased drought, identifying weeds that may become greater threats in future, assessing the adequacy of the NSW protected area system under future climates, investigating the impacts of sea walls on beach biodiversity, identifying climate refugia across the landscape, and more.

The Node is a partnership between the NSW Office of Environment and Heritage (OEH), Macquarie University, the Royal Botanic Gardens and Domain Trust, Taronga Conservation Society Australia, CSIRO, Western Sydney University and several other institutions.

“The Node has developed an innovative model of collaborative research that sets a new benchmark in end-user-engagement. All projects have been co-designed and co-led by academic researchers with OEH scientists and policy makers,” says Professor Lesley Hughes, the Node director.

“The relationships fostered by the Node between researchers from multiple institutions and end-users have shortened the time between knowledge creation and implementation, saving substantial resources and helping ensure government decision-making is based on the best available evidence.”

The adoption of the work within OEH, and associated changes in thinking and approaches to managing biodiversity in the long term, demonstrates the impact of the program, according to Dr Tony Auld, senior principal research scientist at OEH.

“This collaboration has greatly enhanced OEH’s capacity to improve policy initiatives, program structure and development, along with direct on ground management actions for biodiversity conservation in NSW,” says Tony.

Close to 50 end–user organisations have participated in workshops and roundtable discussions including: the NSW Department of Primary Industries, local government and shires associations, Sydney Water, the Department of Climate Change and Energy Efficiency, Nature Conservation Council of NSW and private companies such as Eco Logical Australia.

“This is an extraordinary example of the collaboration between universities and institutions that we seek to highlight,” says Peter Binks, CEO of the Business Higher Education Roundtable (BHERT), who presented the award to the Node team last night.

“The Biodiversity Node has succeeded in bringing together a disparate range of parties with a common objective, and has developed a wonderful array of tools that with benefit communities in NSW and across Australia.”