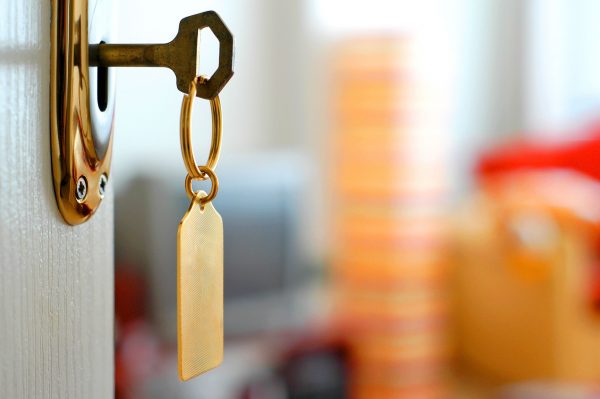 With the latest security and access control solutions, keys are a thing of the past. All that is needed is a digital credential and the user’s smart device, reports Scott Siega.

Since the beginning of recorded history, as soon as humans have had anything of value there has been the commensurate need and desire to protect it and prevent others from acquiring it. Keeping objects safe has been mirrored by the necessity of keeping people safe – utilising a security system that ensures danger is kept out. With our rapidly ageing population and concurrent rise in people in need of in-home care, this has become increasingly paramount. But the particular requirements of those in such situations mean that the traditional mechanical lock and key system may no longer be the best solution when it comes to access control, both for those in need of security and those who need to gain access to such premises.

The problem with such systems is that they require a key, a tangible artefact that must be applied to the lock by the person in need of access. For various reasons, mobility may be an issue for many people using in-home care, meaning that they are unable to get to the door to let people in and it’s incumbent upon the visitor to gain access independently.

But, as everyone who has ever owned one surely knows, a key can get lost. Or stolen. Or broken. Sometimes while it’s actually in the lock, in the latter instance – one of the most frustrating experiences imaginable.

If a key is lost or stolen, there is immediately a security issue, as whoever has taken or found the key now has unauthorised access to whatever or whomever it was protecting.

This is not just an issue in healthcare and in-home care situations. In an industry like facility management, key loss can cause major problems. With traditional mechanical keys, the entire system is compromised the minute a master or grand master key is mislaid or stolen.

This problem led to the development of electronic access control, with fobs and cards programmed to operate locks, but with those locks able to be reprogrammed instantly should the card or fob go missing. This development was a boon for applications like hotel rooms or office blocks, for example – places where there is a high turnover of users.

But even this system has its drawbacks as there has to be a physical handover of the card to the user, who may still walk off, perhaps inadvertently, with the card still in their possession. The card or fob can be immediately cancelled, but the constant replacement of these is an expense facility or property managers don’t need.

There is also the issue of geography. If a facility or secured site is in a remote location, the person needing access may have to physically travel to somewhere completely different to obtain the access card or fob in the first place and then go back there later to return it.

Enter the most convenient and ingenious security system to date. Because, as with so many other applications in contemporary life, we can now say – ‘there’s an app for that’. Cloud-based digital keys or digital credential platforms allow a keyless environment and the ability to lock and unlock doors from a remote place. A facility or security manager is now able to facilitate the locking and unlocking of doors in a multi-site environment by way of a web-based server, allowing people ingress or egress according to their level of security.

The people requiring access are enrolled into the platform and then download the app, enabling them to receive digital credentials. These credentials are then passed on by way of the cloud either as a PIN (personal identification number) by text or via a BLE (Bluetooth Low Energy) or Bluetooth, which is then recognised by the smart lock and access is permitted.

These credentials may have a limited shelf life. They may be single use only or never- ending. To receive them the user doesn’t need a card or anything apart from their own smartphone or other smart device.

The huge advantage this system has over traditional lock and key systems is that digital credentials can be issued without physically seeing the person. They can literally be issued for remote sites on the other side of the world with no human contact. Fly in, fly out situations or offices that are rented by the hour are just a couple of obvious uses. In a system like Accentra, there are numerous military grade encryption security protocols in place to ensure the credentials are secure. Then the user simply approaches the door lock, wakes up the BLE and Bluetooth on their device by shaking it (described as the ‘twist and go’) and the transaction or electronic handshake takes place.

The future possible applications for this technology are wide and exciting, with current trials being conducted for a product called Orchestra, which is being developed for the homecare segment. With this application, a recipient of the NDIS (National Disability Insurance Scheme) or a chronically ill person requiring homecare will no longer have to leave a mechanical key in a key safe or, worse, under the mat. Doctors, other medical staff, meals on wheels providers and cleaners are just some of those who will be able to access a digital door lock in a safe way, while also providing an audit trail of when they came and left. It’s a system of virtual access control and its possibilities are only limited by our imaginations.