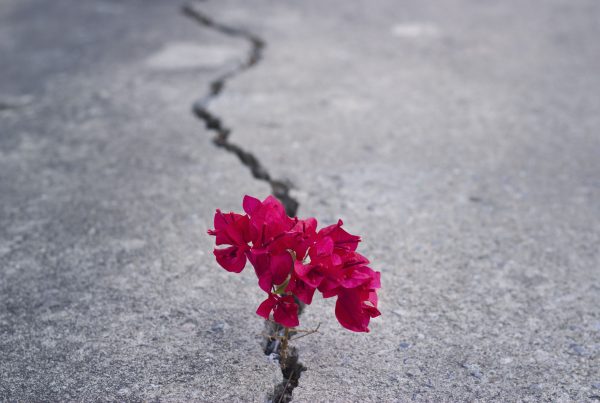 Since its first use in 2017 the technology incorporated into Fibercon’s Emesh product has been used by councils predominantly in footpaths, but also has applications from pavement concrete to channel drains, embankment erosion control, precast sewer and stormwater pits.

According to a report prepared for the Department of Environment and Energy in 2016, Australia averages 107 kilograms of plastic waste per person each year. “So we have effectively recycled the plastic waste for 467 Australians,” explains Fibercon CEO Mark Combe.

Steel reinforcement in concrete – or rebar – was first introduced in the mid 18th century as a means of improving the tensile strength of concrete, and is now the most commonly used form of concrete.

“If we replaced all the steel mesh in these pavements with Emesh, we would reduce our CO2 by 125,000 tonnes annually, and re-use 5000 tonnes of waste plastic,” says Combe. “It’s an exciting goal for us.”

Worldwide around 1.6 billion tonnes of steel is produced per year, making steelmaking one of the world’s leading industrial sources of greenhouse gases. It is also heavily dependent on the use of fossil fuels and water. The process makes steel from iron ore by heating it with carbon – predominantly coal; carbon dioxide is produced as a by-product. Production of a tonne of steel generates almost two tonnes of CO2 emissions, accounting for as much as five percent of the world’s total greenhouse gas emissions.

By using the recycled plastic technology Fibercon has also seen a reduction to date of 1000 tonnes of CO2, 200 tonnes of fossil fuels reduction and an 18,000 cubic metre water reduction.

“According to the United States Environmental Protection Agency calculations, the reductions we have achieved in CO2 emissions are the equivalent of taking 214 passenger cars off the road for one year,” says Combe.

“Plastic fibres in concrete have been around for twenty years – what is new about our product is that it is 100 percent recycled. The intention is to do something to give back, to close the cycle of useless waste,” he explains.

With increasing recognition by local, state and federal governments of the need for sustainable building practices, Emesh is seen as a solution which contributes to the ever-growing quest for carbon neutrality and reduced environmental impacts.