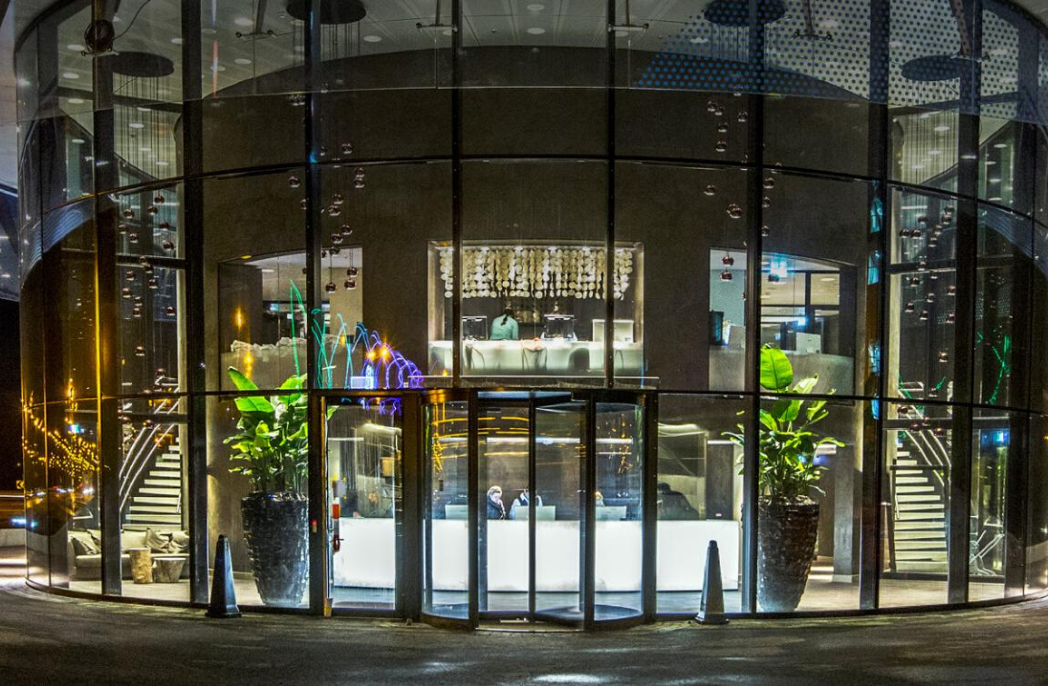 While the energy conservation benefits of architectural revolving doors have long been understood, their inherent health benefits are becoming more appreciated as urban and airborne pollution levels rise.

This ‘Always Open, Always Closed’ principle also works beautifully in helping to exclude a whole host of airborne pollutants, allergens and irritants, both natural and man-made, ranging from traffic particulates, dust, smoke and fumes through to allergens that can aggravate respiratory issues arising seasonally and during different weather conditions.

Keeping airborne pollution out of the built environment

Industrial types of pollution are likely to be worst in urban fringe industrial areas and port areas (such as Botany in Sydney, Altona in Melbourne, the Port of Brisbane and Parmelia near Perth) while inner city and CBD areas cop the worst congestion from the 20 million vehicles now on our roads.

“Pollution and energy-efficiency have profound sustainability implications of which architects, engineers, builders and building managers and owners are already well-aware. Whether it is an office building, shop, hotel, educational or health facility, specifiers and building operators appreciate there is a duty of care to keep their buildings healthy,” says Boon Edam Australia managing director Michael Fisher.

“We don’t pretend for a moment that one solution can be a silver bullet for interior sustainability issues – this is a multi-tiered issue – but we do say that revolving doors have inherent advantages that increasingly suit our built environments.

“You often hear doctors advising people to stay indoors during times of high pollution or weather that stirs up allergens including pollen, which can particularly affect people suffering from hay fever (allergic rhinitis), which affects about 18 percent of people in Australia and New Zealand.” 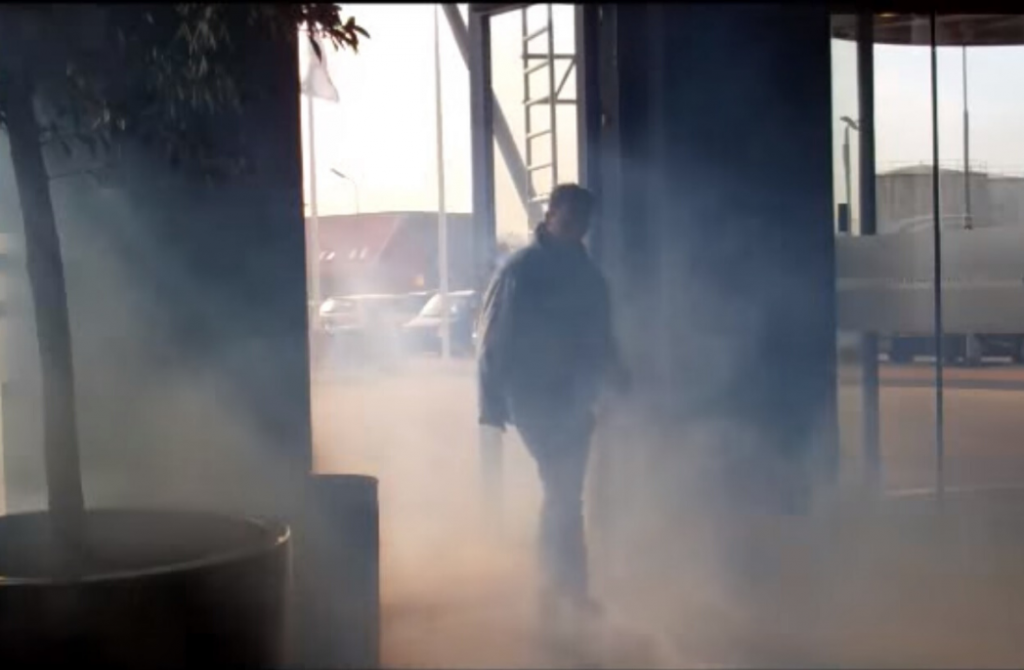 Because revolving doors cut off the air path between the outside of the building and the inside – compared with a sliding door, for instance – the savings they make on the HVAC costs of larger buildings are substantial, says Fisher.

Prevention of HVAC losses through inefficient doors to such facilities is integral to sustainability and the efficiency of green buildings, because HVAC costs are often the single biggest major costs of operating a large building. The Australian Department of Environment and Energy has estimated that HVAC represents 39 percent of the typical energy consumption breakdown of an office building, well ahead of the 25 percent for lighting and 22 percent for equipment and four percent for lifts.

“These figures don’t begin to take into account the human and financial cost of illness for people working in environments that are less than ideally healthy. This is a very real issue for the numbers of people with upper respiratory tract issues and allergies, which account for several million visits a year to doctors in Australasia,” says Fisher. 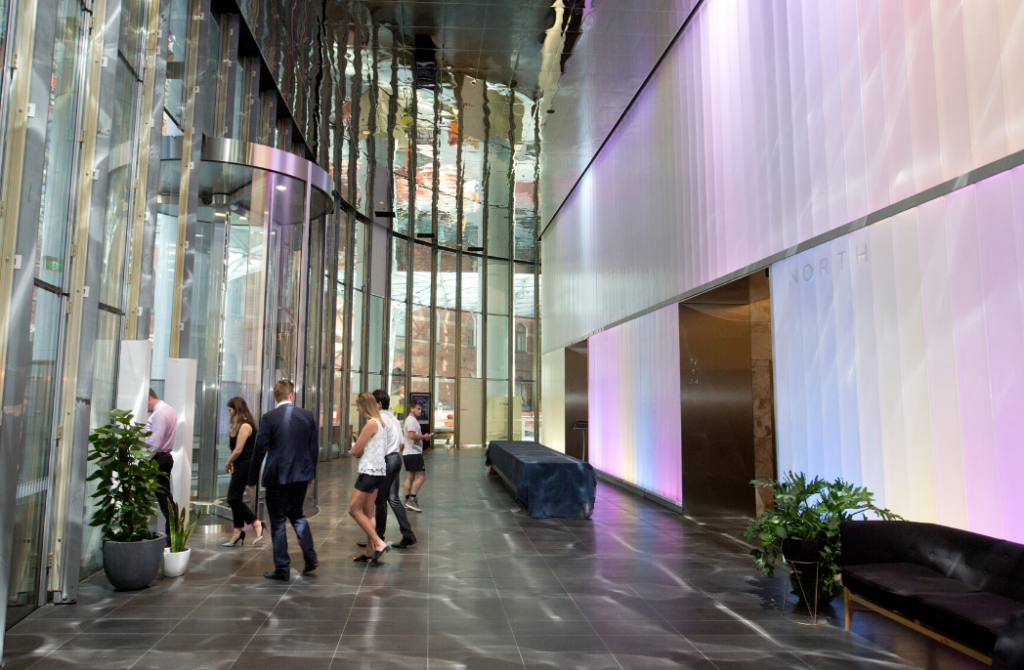 History of the revolving door

Stories about the inspiration behind the invention of energy-efficient revolving doors include the strange suggestion that the 19th century innovator responsible did it because he hated chivalry. The oft-repeated tale says Van Kannel loathed trying to walk in or out of a building and becoming involved in a game of ‘You first, I insist’.

Regardless of the reason for their invention, it soon became very clear that these revolving winged doors were very good at keeping the cold out and warm air inside of buildings in his native northern States of the US (where they were also handy for stopping horses wandering off the street and making their mark in the lobby).

As early skyscrapers were built in US cities near the turn of the 20th century, revolving doors became important for internal temperature control. With regular hinged doors, outside air would rapidly flow in and rise to the top, making it difficult to keep buildings cool in the summer and warm in the winter. Revolving doors overcame that problem by producing airlocks, although people could still enter and exit. This type of door also reduced the influx of noise, dust, rain and snow.

They have since spread to be widespread throughout the world as more specifiers appreciate their built-in advantages that apply strongly to Australia, New Zealand and Papua New Guinea, in areas ranging from tropical climates to highland and desert areas with sometimes freezing nights and hot days.