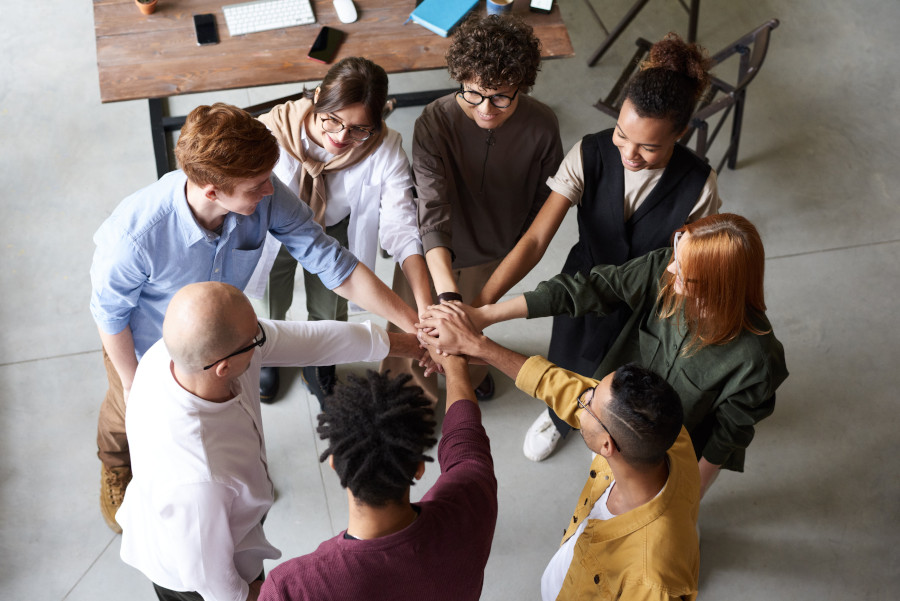 Our definition of work is undergoing a fundamental change, but the relationship between people in an organisation has never been more important. JEN JACKSON explains why.

In an industry landscape being rapidly transformed by artificial intelligence (AI), robotics and automation, savvy leaders are realising it’s the human skills that will see their organisations succeed in the future.

In June 2018, Citigroup’s investment bank announced intentions to halve its 20,000 operational roles over the next five years. It’s a trend echoed throughout the global finance services sector, with Deutsche Bank’s former chief executive claiming that half their workforce could be replaced by technology. In Australia, analysts from Macquarie Private Wealth estimate 40,000 job losses over the next decade, heralded by NAB revealing a three-year plan to replace 6000 roles with new technology.

Banking isn’t the first industry in which the workplace is experiencing major changes to the number and types of roles available, as well as the skills required to succeed in the future. And it certainly won’t be the last.

The teams of the very near future will be vastly different. The ability to move beyond technical and role-specific expertise to embrace human-centred communication will be what keeps leaders relevant: inspiring people to do their best work, helping them navigate inevitable change, increasing productivity, promoting innovation, keeping them safe, healthy and happy.

Quite paradoxically, moving into the age of AI, the new roles that will inevitably emerge will be more dependent on our relationships with each other than ever before.

The importance of communication is old news to forward-thinking leaders. The 2013/2014 Change and Communication ROI Study Report by Towers Watson identified a strong relationship between financial performance and effective communication trending back to 2003. They found that companies that communicated effectively demonstrated 57 percent higher shareholder returns over a five-year period, and were three-and-a-half times more likely to significantly outperform peers.

Gallup’s comprehensive biennial Q12 Meta-Analysis found a correlation between a highly engaged workforce and strong business performance, including better profitability, productivity and shareholder returns. However, it was the factors leading to high engagement that were of particular interest. Of the 12 formative measures of engagement, eight related directly to communication.

Human-centred communication goes beyond the typically bland, jargon-filled corporate messaging – it considers the way people naturally communicate. It draws on findings in psychology and neuroscience to increase attention, influence and engagement.

Attention is crucial. Without it, leaders risk wasting time and money developing well-intentioned, potentially brilliant strategies, programs and initiatives that fail before they get off the ground. Not because they weren’t good or necessary, but simply because no-one paid them attention.

The challenge is a busy and increasingly connected world, with a barrage of priorities competing for eyes, ears and minds. A study published in Business Outlook found that employees at Fortune 1000 companies send and receive an average of 1798 messages each day, including texts, phone calls and face-to-face interactions. To survive amidst the noise, people have become skilled at tuning out irrelevant or uninspiring information. This makes attention a valuable resource, and like any other finite resource, it should be wisely invested in, carefully managed and never squandered.

Human-centred communication helps leaders take an active role in earning attention. This involves drawing people in using curiosity, anticipation, humour and surprise, captivating them with stories, visualising content to make it easier to consume and leading with emotions before logic.

Effective communication is also fundamental to influence. Without influence, nothing and no-one changes, which is as good as a death knell in today’s fast-paced business environment. Smart leaders understand the power of language to inspire people, bring them together and compel them to act. They consider how words, imagery and narratives evoke emotions that drive behavioural change.

Over time, the same human-centred communication tactics that help facilitate attention and influence also build connection, relationships and, ultimately, a highly engaged workforce. For leaders looking for the edge, investing in people and developing human skills today will undoubtedly pay dividends in the future.

Jen Jackson is founder and CEO of award-winning employee experience company Everyday Massive and author of How to Speak Human. For more information, visit www.everydaymassive.com.