The state of energy from waste 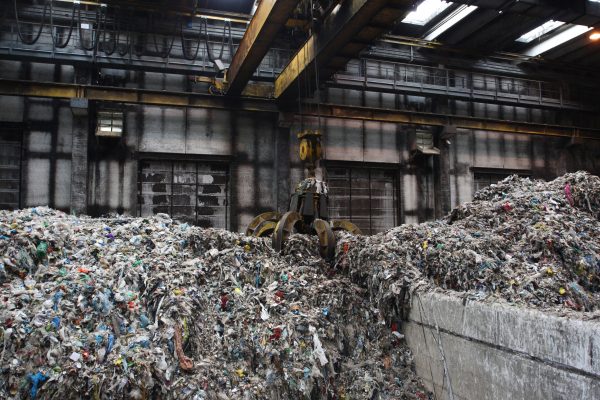 When developed alongside strong recycling and organics processing systems, Energy from Waste (EfW) will help lift domestic and commercial diversion rates from 60 percent to 80-90 percent. It is an important element in a waste management system.

While Australia continues to have projects that either fail or don’t perform as well as was initially hoped, we are seeing more projects that are succeeding. That’s a good thing for the industry, and will build confidence in EfW.

A simple way to look at EfW is to consider it in three tiers:

There has been progress on each front.

There has been strong progress on anaerobic digestion plants for clean organics. These include:

This is a space where we can expect considerable growth around Australia, just as there has been in the UK and Europe.

The Brockwaste facility at Shenton Park in Perth was in voluntary administration for some time, and has recently been purchased from the administrators by Shenton Energy. Hopefully this facility, intended to convert mixed municipal solid waste (MSW) into energy through an anaerobic digestion process developed by AnaeCo, will complete commissioning and commence operations soon.

After many years of promise, it appears that biochar is going to be developed on a commercial scale. The Eastern Metropolitan Regional Council (EMRC) is developing a pyrolysis plant to convert 13,000 tonnes per year of waste timber into energy and biochar at its existing Hazelmere Resource Recovery Park in Perth. Again, this will be a strong confidence builder.

There is a substantial market for PEF, including a proposal to convert part of the Mount Piper coal fired power station in NSW to run on PEF, and significant demand for PEF exports to replace coal in cement kilns.

The production of PEF in Australia has been led by ResourceCo with a 2006 facility at Wingfield in Adelaide. That facility, now owned by SUEZ-ResourceCo, converts about 300,000 tonnes on waste per yeare into 150,000-200,000 tonnes of fuel for the local Adelaide-Brighton cement kiln.

On the back of the Adelaide success, ResourceCo obtained a $5 million Waste Less, Recycle More grant, and $30 million loan from the Clean Energy Finance Corporation to establish a 150,000 tonne per year facility at Wetherill Park in Sydney, and a further facility in another State (to be announced).

There are further proposals from Re.Group and Veolia to produce PEF at their existing Sydney facilities.

We are seeing the emergence of large scale waste to energy plants in Australia. Current proposals that are moving through approvals include:

There are two main technology providers for these waste to energy plants in Australia: Hitachi Zosen Inova and Martin Biopower. Both are mass burn incinerator providers. Mitsubishi Heavy Industries has ended its 40-plus year relationship with Martin GmbH for the provision of incineration technology, and so is no longer present in the Australian market.

HZI is supporting the Dial-A-Dump and East Rockingham proposals. The Phoenix Energy proposal was supported by Mitsubishi.

I think Australia will see a shift in the development of waste to energy, where future proposals will be led by HZI or Martin Biopower. They will partner with infrastructure funds for finance, engineering companies for construction and waste companies for operation.

Where Australia is headed

The clear trend going forward is more development of organics processing plants. Whether anaerobic digestion or biochar, this technology will continue to be developed across the country.

I think we will also see substantial development of PEF, especially from C&I waste. It is relatively straightforward to export bales of waste from existing processing facilities, especially if that waste is currently baled.

Finally, I think we will get very close to developing our first domestic waste to energy facility. After many years of refining contract delivery models, and setting up the regulatory framework to ensure EfW doesn’t cannibalise recycling, it seems that there is enough momentum for something to happen. It remains to be seen where the first plant will be.