The evolution of workplace strategy into a discipline of FM

The evolution of workplace strategy into a discipline of FM 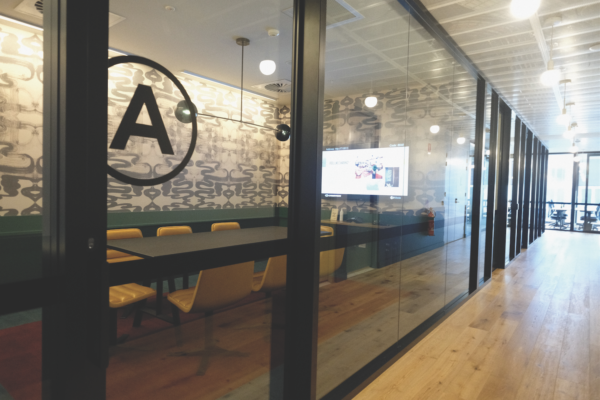 The aphorism attributed to the late Canadian philosopher Marshall McLuhan*, “We shape our tools and afterwards our tools shape us”, sums up neatly the implication of advancing technological change for current workspaces.

Where office design once proved the living manifestation of the organisational chart, the influence of software industry start-ups and their collaborative workplace technologies means work is now something that can be done from anywhere.

Rewriting not just space requirements, but the necessary thinking and communications processes of businesses is in turn creating an opening for a new workplace management discipline.

It is one with perhaps profound implications for the property professionals of the future, not least facility managers.

Currently, this space comprises a few lone operators describing themselves as ‘workplace strategists’, on the back of their success in managing a corporate relocation.

And they are by no means necessarily facilities managers.

But, precisely because it is where building design, modern technology and new ways of working come together to deliver the very future of work, a new profession is waiting be built, broadened, documented and deepened.

It will be packaged and taught, probably as ‘workplace strategy’, and threatens ultimately to evolve into a truly data- backed, sensor-driven workplace science.

The workplace is no longer passive

No longer is the relationship of property to the business it contains inert, but increasingly strategic, and new thinking is increasing the array of choices open to businesses that occupy it.

It is becoming acknowledged that as the discipline of ‘workplace strategy’ evolves, the prospects for owners and their representative agents get worse, as companies building these new managerial capabilities tend to take less, and different kinds of space. Most companies can, for one, pare back on their unused meeting space. The fact that work can be performed anywhere and that there are many more new moving parts emerging to challenge the status quo, gives smart occupiers much new negotiating leverage.

One part gaining traction in deals between landlords and occupiers is the growing presence of tenant representatives, now estimated by one major Sydney CBD property institution to be a factor in 70 percent of all leasing transactions.

Tom Pullinen of Pullinen Property Group is one such tenant representative, clued in to what is emerging in workplace strategy.

He too banks on continued disruption, attributing it to technology increasingly allowing organisations to employ fewer people.

“I always assume that people within organisations are thinking about the effects of workplace strategy, and the biggest concern is that we know that they are not,” Pullinen says. “People just aren’t thinking about the law of diminishing staff returns. It is such a logical thing, because IT doesn’t cost that much any more, so if you get rid of a person and replace them with technology, then after one year you don’t have to pay for another staff member.

“Yet everyone could probably get rid of one percent of their staff tomorrow.”

In current parlance, precisely the internet-influenced thinking that is disrupting other industries is also forcing greater agility in the responses of property’s players. Workplace strategy is moving down the food chain to affect even those whose workplace occupation would never previously have been described as ‘strategic’.

Into this unfolding world, Dexus is launching its temporary workplace offer Dexus Place, and GPT Group is already in league with US shared-space provider LiquidSpace, and presents in Australia with its own Space&Co co-working set-up. Agency JLL predicts the number of co-working spaces will reach one million globally by 2018.

Increasingly, workplace is becoming a service rather than a commitment, and that is just the way Stuart Brown, chief executive officer at listed investor-developer BlackWall (which owns the collaborative workspace offering WotSo) wants it.

Brown believes the demand for more flexible working has been unleashed primarily by the data storage capacities of cloud computing meeting the long-touted possibilities of paperless working.

He says, “In this, the cloud has had the biggest impact, as it means I am carrying the filing cabinet with me, and perhaps the whole filing cabinet of the business, wherever I go.”

That workspaces are being designed to optimise the interactions of humans and mobile technologies is not news, but the thinking behind them may be.

Business leaders now recognise that if they are to enable collaboration regimes that drive faster innovation, they need ‘knowledge architectures’ that can stimulate new knowledge flows. Thus, in the hands of forward-looking businesses, property is becoming absolutely strategic in its application, a vehicle through which explicitly to pursue an organisation’s higher goals.

As the wrapper around their activities, by definition, a workplace either enables or disables the strategic exercise of their business.

Second, the realisation of better space utilisation results in reduced costs of accommodation, freeing up cash, as a business adapts to its constantly changing skills and human resource requirements.

This changes the ways in which businesses drive briefings for space, and their requirements of its providers.

David Waldren, head of culture and innovation at office owner-developer Grocon Group, says, “The property industry’s history has been very much prescribed: I need X square metres of space. The industry’s response didn’t need to be particularly sophisticated. [But now], if we as the proposer know that we are going to be compared against two other apples, that is a lot more comfortable and less risky as a front end strategy than if I am going to pitch an apple and someone else might pitch an orange.

“So now there is a complexity to that front end process, in ‘have I even got the right fruit?’, let alone ‘have I got the right commercial structure associated with that?’”

The possible scope of works for property managers is changing. Martin Leitch, of facilities management consultancy FM Scope, says, “I see the emergence of a new discipline of workplace manager, a senior person with the various disciplines reporting into them, in FM, IT and HR.

“To me there is an opportunity for FMs who have that real strategic view of workplace management to step into that role,” Leitch says.

Preeti Bajaj, vice president, strategy and transformation at building controls provider Schneider Electric, sees yet another pressure for change in which business buildings are planned technology-first, as, “The right technology model won’t require developers to spend silly money, but will enable them to attract tenants and get them in [through future] forms of smart, Internet of Things-enabled structures.”

Grocon’s Waldren says the increasing complexity and sophistication of the technology of buildings and work changes the game for facility managers. “Workplaces in the new buildings are being delivered on the basis they are Ferraris, yet we are sending that to the local garage and saying, ‘make that work’.”

“If they want to survive they have got to have more initiative, get on the front foot and to justify their own position. They have to manage, and not be reactive, they have to start thinking.”

The only certainty is that as the scope for change in knowledgeable workplace strategy evolves, facility managers are going to have to make their own strategic choices about how they adapt to it.

* The phrase’s exact provenance is subject to some debate.

Written by Graham Lauren, a director of Shiro Architects and is building specialist knowledge of architecture briefing practice.

This article originally appears in the December/January issue of Facility Management magazine.