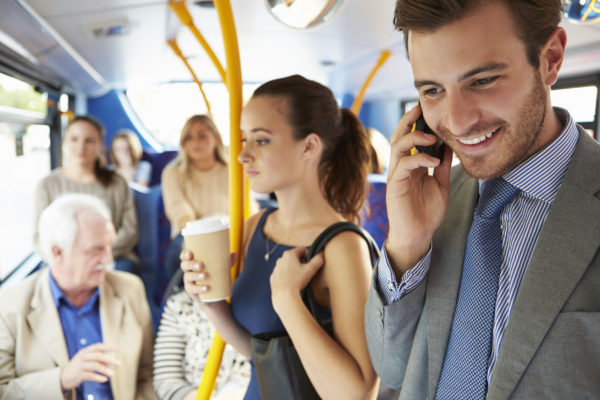 The City of Melbourne announced the winners of the Resilient Melbourne Citymart Challenge: Freewheeler and Joinwheels − both smartphone apps that encourage people to change how they travel around metropolitan Melbourne.

The Challenge Panel that assessed submissions and selected the winners will now offer Freewheeler and Joinwheels the support, expertise and contacts they need to take their ideas to the next level.

“Commuting by car has been shown to not only compound the problems of congestion and pollution in Melbourne but also to be quite isolating, with people spending hours on their own stuck in traffic,” he says.

“Both of these apps encourage people to think about travel differently, either by making it easier for colleagues and friends to carpool or providing material rewards for those who leave the car at home and try another mode of transport instead.”

Professor Billie Giles-Corti of RMIT University says, “Reducing congestion times is not only imperative for the health and sustainability of our environment, but also for the health and wellbeing of individuals, particularly if it involves walking, cycling and public transport.”

Alex Fletcher, creator of Freewheeler, says Melbourne is doing well to look at the big issues that affect the city now, before it is too late.

Mayank Shukla, co-founder of Joinwheels, says the team is looking forward to making a difference.

“Winning the Resilient Melbourne Citymart Challenge is a great honour and a huge boost to our confidence. It’s great to see recognition for Joinwheels − this is a step in the right direction to make a positive impact on our social connectivity.”

Resilient Melbourne partnered with the City of Melbourne’s Smart City Office and New York-based agency Citymart to offer the global challenge. A working team of representatives from councils across metropolitan Melbourne provided strategic guidance throughout the challenge, and played a key role in shortlisting entries.

Resilient Melbourne is a collaborative project with input, guidance and support from organisations and community groups across Melbourne, including Melbourne’s 32 metropolitan councils.

Melbourne is a proud participant in the initiative ‘100 Resilience Cities – Pioneered by the Rockefeller Foundation’.

For further information about the winning submissions please visit resilientmelbourne.com.au.

BY ON 1 August 2017
This article also appears in Corporate Waste Solutions.