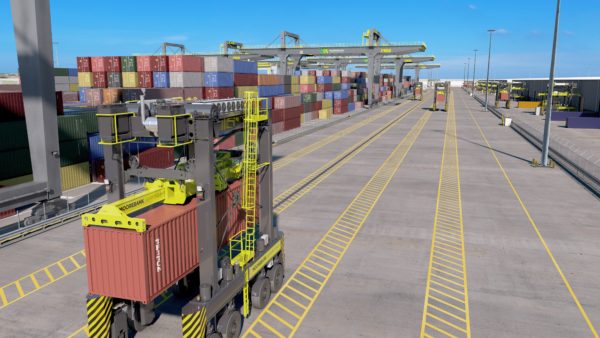 As our capital cities continue to grow, evolve and play even larger roles on the global stage, they will need to address a few core components of the way they work.

The latest Census data showed that more than two-thirds of Australians live in capital cities, so it is critical that we continue to focus on city growth, sustainability and mobility. But given that cities are big, complex creatures, where do you start? To actually make any meaningful change, you need to focus on tangible outcomes and specific components of cities, and this is even truer when discussing sustainability.

In Sydney’s case, sustainable mobility is a significant issue. One key part of how Sydney works that hasn’t changed for a long time is freight – but how do you make freight sustainable when it is, by definition, moving large volumes of items across vast distances? Heavy transport isn’t emissions neutral after all.

Freight is big business in Australia. According to the Australian Bureau of Statistics, road freight in Australia accounted for an estimated 195,619 million tonne- kilometres (mass moved over distance) and moved a total of 2132 million tonnes of freight in 2014. That’s a lot of goods and a lot of emissions generated.

Within this context, freight and logistics company Qube Holdings Limited is developing the Moorebank Logistics Park in Sydney. The aim of the park is to take emission-intensive trucks off roads and increase the use of Sydney’s rail network to transport containerised freight to and from Port Botany.

So, why is this logistics park so interesting in a sustainable context? The net greenhouse gas emissions produced by not building this facility are higher than building it.

This is impressive on its own, but becomes staggering considering it will be roughly the size of Sydney’s CBD. Developed across 243 hectares in South-western Sydney, the park will take advantage of its location near the southern Sydney freight line, M5 and M7 motorways, in an area of rapid population and economic growth. By bringing together importers, exporters and hauliers into one location, it creates significant efficiencies, which in turn reduces emissions.

To achieve the dream of this facility, Qube recently received $150 million in funding from the Clean Energy Finance Corporation (CEFC) to develop the park and implement a number of sustainability initiatives.

That all sounds very impressive, but how do you prove that those numbers are achievable and there was significant rigour in their development? It’s all about data.

Wrapping this analysis together into a report outlining the potential greenhouse gas savings associated with the development and operation of the park helped Qube clearly package its proposal and secure $150million in funding from CEFC.

The tried and tested path could have been followed, but to actually drive change in our cities, new approaches have be taken. Incorporating renewable energy into a large intermodal facility and incorporating innovative power generation models are some relatively small steps that go a very long way.

The park is a significant milestone in Australia’semissionreductionhistory. Replacing heavy road transport with
freight rail will not only significantly reduce emissions, but also reduce road congestion and make our streets safer to drive.