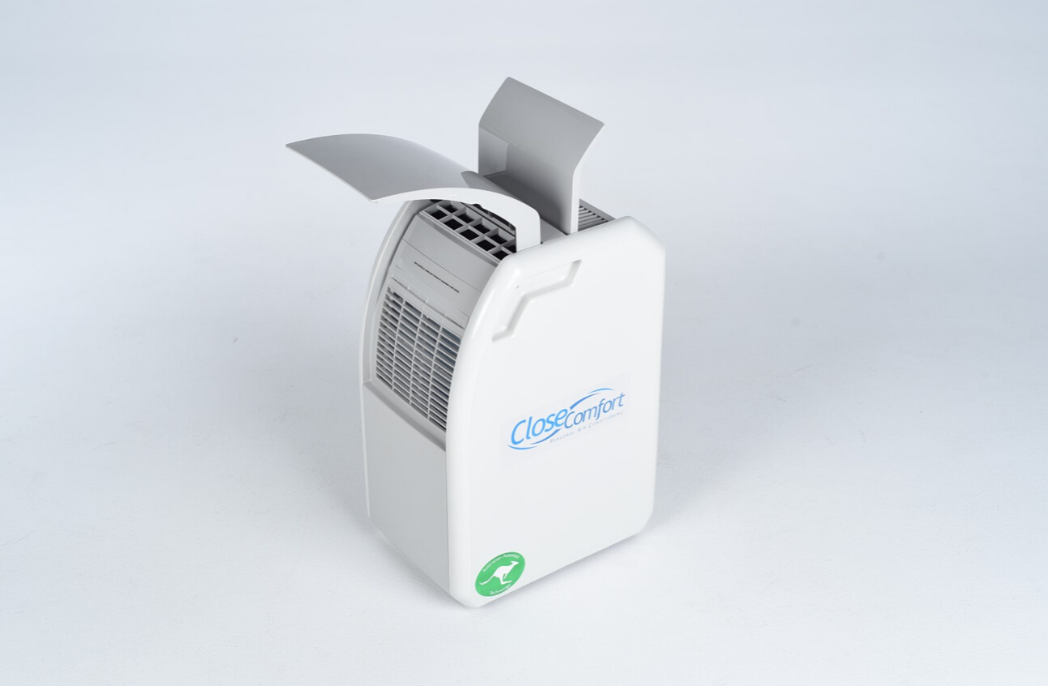 A new Australian portable air-conditioner has been developed to consider the effects of climate change by reducing carbon dioxide emissions by five times.

Australia is set to experience above average temperatures through February to April, with the chance of further heatwaves remaining high across the mainland. With air-conditioning a major culprit in the rising energy demand, straining electricity grids and heating up an already warming planet, Aussies are being urged to rethink the way they keep their cool.

The 2018 IPCC (Intergovernmental Panel on Climate Change) report estimates that by 2100, with current technologies, emissions from residential room air-conditioners will be about 15 percent of today’s total emissions. Leaking HFC refrigerant gases have a global warming potential thousands of times that of CO2. And these gasses, released from billions of powerful air-conditioners, could make climate change 25 percent worse than today’s forecasts1.

Traditional air-conditioning units still rely on technology that’s a century old and the need for sustainable air-conditioning solutions has never been greater. Australian engineer, James Trevelyan came up with a solution and has tested it in the hottest and most humid climates around the world – including Australia’s hottest town, Marble Bar, located in the Pilbara region of Western Australia. His invention reduces harmful emissions by five times, with even greater reductions in future versions. It reduces running costs by up to 75 percent in Australia and relieves stress on overloaded electricity grids. The brainchild uses four to eight times less energy and one fifth of the refrigerant used by normal room air-conditioners.

Close Comfort portable air-conditioners are distinct from other devices – the single unit is truly portable and lightweight without the need for installation, water or a window duct to run, just simply plug it in. The unit has proved popular with retirees, Aged Services providers, parents with children, empty nesters, renters and those living off-grid or increasing their use of renewable or sustainable power.