TerraSlate is revolutionising the paper world

TerraSlate is revolutionising the paper world 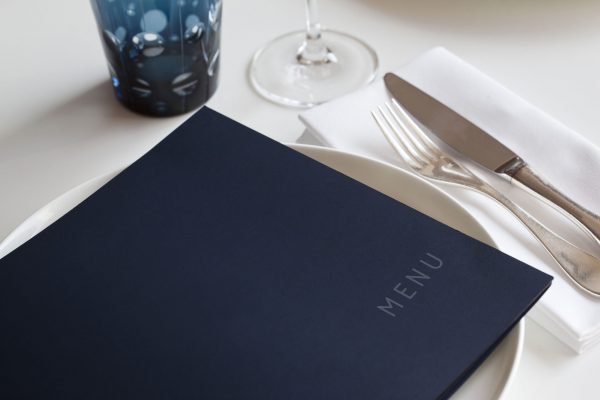 TerraSlate is a Denver start-up that’s revolutionising the way people use paper to make waterproof menus, children’s books, signs, training materials, maps and more. President and founder of TerraSlate, Kyle Ewing, invented a new kind of paper – that isn’t really paper at all. It’s not made from trees, is being billed as the most durable paper on the planet, and is 100 percent recyclable.

What started out as an idea to market back-up copies of passports for students has burgeoned into a product that has countless other uses, such as waterproof menus and signs, training materials for businesses and agencies, even durable books for non-verbal children with autism so that they can communicate with the rest of the world.

TerraSlate paper works with any laser printer or copy machine, so companies are finding that it saves them time, resources and money when they need to print materials that can survive the harshest environments.

According to the Ecology Global Network, nearly four billion trees worldwide are cut down each year for paper, representing about 35 percent of all harvested trees. While TerraSlate can’t replace 100 percent of the need for paper products, it can certainly make a huge difference in preserving the environment – a priority for Ewing.

It does however, replace the need for laminating pouches entirely. As a Colorado native, entrepreneur and a marathon runner, Ewing wanted to do something that would have a positive impact on the environment. And as a self-proclaimed foodie, he immediately thought about how much paper is used in the restaurant industry. “The paper needs to be inexpensive enough to change as the menu changes, but durable enough to last three shifts a day without getting dirty, greasy, bent or wet,” he says. “It also saves time and money because you’re not paying someone to create and laminate menus all the time.” Just to prove how durable his TerraSlate menus are, he ran them through an industrial dishwasher. They came out as good as new, ready for another round of abuse.

Ewing was featured on National Public Radio’s How I built this series, where he said he came up with the idea in a roundabout way. “I was trying to create a product for students traveling abroad,” he said. Ewing was creating back-up passports that would be as durable as the real thing, but also tear-proof and waterproof. The problem was that the product he had in mind didn’t yet exist. “I was trying to create the product,” Ewing said, “which was proving difficult. I was trying to figure out what to do when the phone rang and the guy said ‘Kyle, I love your passports. I even bought four of them for the kids. All of my daughter’s use the SOS World Pass, but I have a question for you — can I buy a case of your paper?”

That’s when Ewing realised that the paper he was using to create the emergency passports was actually a better business idea than the passports themselves. “That moment was me standing up out of my chair and spiking the pencil and doing a touchdown dance … it was an immediate light-bulb moment where this failing business just grew legs. All of a sudden I had a million ideas of what I could use waterproof paper for.” His idea took off, even garnering the attention of the US government. TerraSlate is now being used for field manuals for the US Navy and Air Force and navigational maps for the Coast Guard. Even Google now uses Ewing’s product.

But Ewing’s background is in business, not engineering, so he worked with other companies until he finally found a polyester pulp that can be pressed and rolled into paper that won’t rip, fall apart, and holds ink permanently when printed. The search first resulted in a smoking, ruined printer and the smell of burning plastic, but after testing seven different formulas, he finally came up with the most waterproof paper on the market. As an entrepreneur, Ewing says building a successful business model all comes down to numbers, and when he looks at his sales, he knows he’s doing something that makes a difference. After three years on the market, Ewing expects this year’s sales to be in the millions.

TerraSlate customers are finding uses for things Ewing never even imagined when he founded the company. One woman who made flyers for her pet services business is thrilled with her investment. She says, “After 1.5 months up on telephone poles and bulletin boards in rainy Seattle, the flyers are really holding up well… definitely worth the extra cost!”

Another customer put TerraSlate to the test while making yard signs such as those used by candidates during elections. “It has been outside for two-plus months during winter rain, snow and sunshine,” says Lisa Nos. “It has not faded or smeared and still looks great. The graphics I used included bright blue and black and it was printed with a colour copier.”

Adventurers are also finding that TerraSlate is a smart investment when safety is on the line and taking risks is not an option. “This is excellent paper for backpacking maps — it is very durable, and one no longer needs to stuff their map into a little plastic baggie and hope it stands up to the trail,” said Amazon customer QuantumCat. “It’s a net weight savings, and increased peace of mind.”

Another user found TerraSlate was the perfect solution for outdoor sports. “The forms were folded and shoved into pockets, packs, under hats, carried, and generally mistreated from competition station to station,” organisers say. “We had zero tears, holes, ink runs, or unreadable issues.”