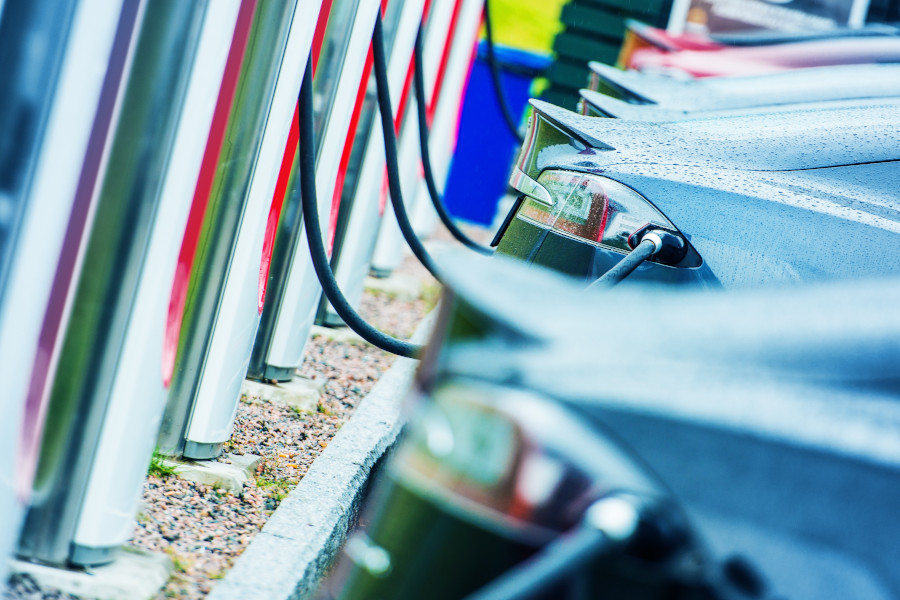 The sector coupling strategies utilised by Germany to align with the Paris Agreement can be applied on a micro level, writes IAN RICHARDSON.

The American businessman and prolific inventor Thomas Edison encouraged innovation through his quote, “There’s a better way to do it – find it!”

The quote became particularly relevant to 196 countries at the end of 2015. The United Nations Climate Change Conference had come to an end with the negotiation of the Paris Agreement – an agreement to reduce greenhouse gas emissions and limit a global temperature increase to below two degrees Celsius above pre-industrial levels by the year 2100.

The Paris Agreement initiated strategies in various countries to set targets and develop plans to achieve them.

For many of the EU members of the UN, the targets established were nothing short of ambitious. Germany set a strong example early, proposing to reduce heat consumption by 20 percent by 2020 and greenhouse gas emissions by 67 percent by 2030, compared to 1990 levels.

At that time in Germany, gas had the highest contribution to the heating sector at 45 percent and transport had nearly 95 percent of its energy demand from oil. It was clear to the government that that an alternative solution in the heating and transport sectors would greatly assist them in achieving their greenhouse gas emission targets.

The effort of the Germans gave rise to a new term that has gained vast momentum in the years since: sector coupling.

The term encompasses a range of ideas:

A theory that has gained momentum is to move to an all-electric world to reduce environmental impact, however sector coupling would only be ecologically sensible if less CO2-intensive sourced electricity is used across all sectors. In the scenario of an all-electric world there would be an increased electricity demand, which would then require an expansion of available CO2 free power generation. As we have seen, there has already been a significant shift in Germany and other countries towards renewable energy using both solar PV and wind technologies.

The transport sector is already witnessing a change to electric vehicles that will mitigate the high dependency on oil-based fuels and its subsequent effect on the greenhouse gas emissions level. Technology is also well advanced to utilise the electric vehicles as a battery storage mechanism where the vehicle has a capacity to not only charge from the grid, it can also have a vehicle-to-grid power transfer capability. With these technology solutions there is an underlying recognition that we cannot compromise security of energy supply, however we must keep energy prices affordable for households and businesses.

In 2015, around half of the final energy demand in the EU was used for heating and cooling in buildings and industry. Half of this capacity was used for space heating and one-third for process heat in industry.

The UN Environment and International Energy Agency (IEA): Towards a zero-emission, efficient and resilient buildings and construction sector, Global Status Report 2017, indicates that buildings and construction account for approximately 36 percent of the global consumption of final energy. Buildings also account for 39 percent of the energy related CO2 emissions. In the sector coupling debate, many of the solutions must be driven by government policy with major infrastructure considerations. At the building level however, results can be achieved that will not only lower the greenhouse gas footprint of the building, but also save costs over time. Greater efficiency gains and energy-saving measures can and must reduce power consumption across the sectors which can result in lower costs for the expansion of electricity generation capacities.

The German Federal Ministry for Economic Affairs and Energy has produced a paper titled Energy Solutions Made in Germany. In this paper, the need for In this paper the need for energy efficiency technologies is recognised as an important element in achieving a sustainable energy supply. In terms of economic and ecological values, saving energy has an even higher priority than generating additional energy from renewable sources. Within a building, the sector coupling concept can be applied to a variety of service applications that could be managed to work together to reduce energy consumption and therefore the environmental impact of the building. The IEA report shows the use of digitalisation in buildings for smart building energy management could a lower buildings’ energy consumption as much as 10 percent globally.

Utilising a building automation system such as KNX, which is compliant with the recently published Australian Technical Specification SA/SNZ TS ISO/IEC 14543.3, can significantly lower energy consumption as well as the greenhouse gas emissions contribution of the building. The technical specification compliance of KNX ensures future-proof solutions that can go beyond the projected life of the building. Many buildings are considering the benefits of renewable installations of solar PV and, in some cases, wind generation and this can also offset the overall energy requirements. For residential and commercial buildings, consideration must be given to the growth in the electric vehicle market and the subsequent requirements for charging infrastructure. The load of EV charging can vary from simple AC trickle charging via a normal general-purpose outlet to dedicated high power DC chargers providing up to 200 kilometres of range from an eight-minute charge. The requirements of this charging infrastructure must be managed within the capacity of the building’s network supply, renewable energy generation capacity and battery energy storage systems. While the global sales of electric vehicles is currently only about 1.8 percent of new car sales now, the predicted increase to about 40 to 75 percent of new car sales by 2050 means building managers and designers need to consider this additional load requirement in their future planning.

Sir William Thomson, a Scottish mathematician and physicist better known in scientific circles as Lord Kelvin and famous for the absolute temperature scale measured in Kelvins, once said, “If you cannot measure it, you cannot improve it”.

An aspect of the building automation solution is to measure the loads of the building and utilise this information in the management of the systems. Automation systems have the capability to provide this management across the lighting control, heating and ventilation, blinds and shutters, energy management, EV charging infrastructure and building systems visualisation.

The energy transition in Germany and across the EU is being watched with great interest across the world. The greenhouse gas emission targets are ambitious, however issuing challenges such as sector coupling drives innovation at the macro level. At the micro level and in buildings, many of the solutions that can make a difference already exist.

Ian Richardson is the training and technical Manager with ABB Australia and honorary chairman/director of the KNX National Group Australia since 2010.