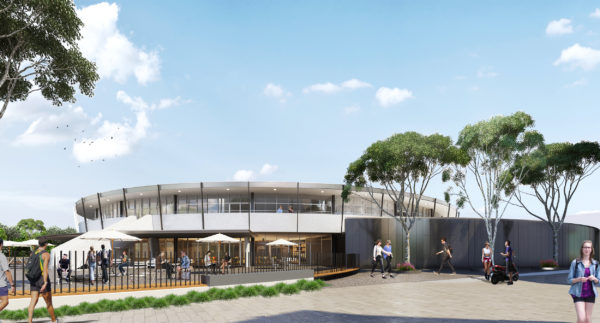 Leading global contractor Multiplex has been appointed to deliver the $24 million upgrade of the iconic Roundhouse venue at the University of New South Wales (UNSW Sydney).

The Roundhouse is prominently situated on the lower part of the UNSW Kensington campus, adjacent to Anzac Parade, between High Street and University Mall. The redevelopment is focused on improving the building’s functionality to create an enhanced social environment.

With several new construction projects occurring across campus, including the new $174.4 million Science and Engineering Building, the redevelopment of the 5217 square metre Roundhouse will ensure the building aligns with the urban design context of the university.

“We are delighted to continue our on-going collaboration with UNSW Sydney and play a vital role in generating flexible and interactive social spaces for students and the public,” says David Ghannoum, New South Wales regional managing director at Multiplex. “Our previous work with the university has given us the credentials to deliver this highly technical redevelopment in this live campus environment.”

Originally constructed in 1961, the Roundhouse was designed by Edwards, Madigan, Torzillo & Briggs Architects, who later built the National Gallery and High Court in Canberra. The Roundhouse was considered a cutting-edge architectural statement as Sydney’s first-ever circular building, and is one of the only buildings solely dedicated to student recreation on a campus in New South Wales.

The Roundhouse is now a key part of daily campus life at UNSW and has hosted a diverse range of events over the last 56 years including wedding receptions, Bacchus Balls, boxing matches, comedy nights, theatre sports, formal dinners, dance parties and even a conga line protest. A host of concerts have been held at the venue including a range of local and international acts such as Billy Thorpe and the Aztecs, Ratcat, Fatboy Slim, Foo Fighters, The Living End and Nick Cave.

In 2015, UNSW Sydney engaged Tonkin Zulaikha Greer Architects to prepare designs for the redevelopment of the Roundhouse. After years of ad-hoc additions, the building is now being readied for the next 50 years, with new engineering services, a low-energy upgrading of its exterior and a refurbishment of its interior that respects the heritage of the building but adds new functionality. 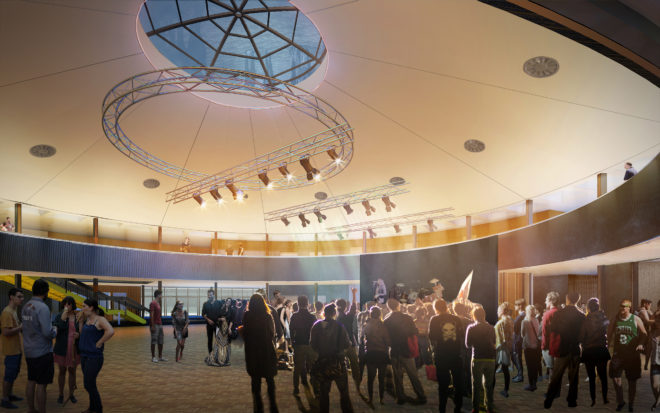 By stripping away the later additions and building a more efficient and compact service wing, the form of the building will regain its integrity. Further, landscape improvements including connections to Anzac Parade and the broader campus, and new, vibrant green spaces for students and functions, will reinstate the landmark status of the Roundhouse within the lower campus of the university once more.

A key focus of UNSW Sydney’s 2025 Strategy is increasing social engagement in addition to pursuing academic excellence and enhancing global impact. The university is focused on improving student experience through the development of better facilities, linkages to public transport and improving overall food, beverage and retail offerings on campus.

The Roundhouse will provide a venue for concerts, events, conferences, seminars, box office, merchandise and food services. In addition, the building will also provide a permanent university bar and beer garden with a secondary bar area.

With a capacity for 2200 patrons, the Roundhouse remains one of the few venues in Sydney suitable for international live music performances.

The Roundhouse is set for completion in December 2017. Subsequent remodelling of the public domain around the building will coincide with proposed new pedestrian linkages associated with the new light rail station on Anzac Parade, currently being delivered by Transport for NSW.

Multiplex has completed several new facilities at UNSW in recent years including the University Terraces student accommodation, the Materials Science and Engineering Building (now known as the Hilmar Building) and the Tyree Energy Technologies Building.

Multiplex also recently completed the new $125 million Biological Sciences Building, with classes commencing in the building in July, 2017 and was recently appointed to construct the new $174.4 million Science and Engineering Building.