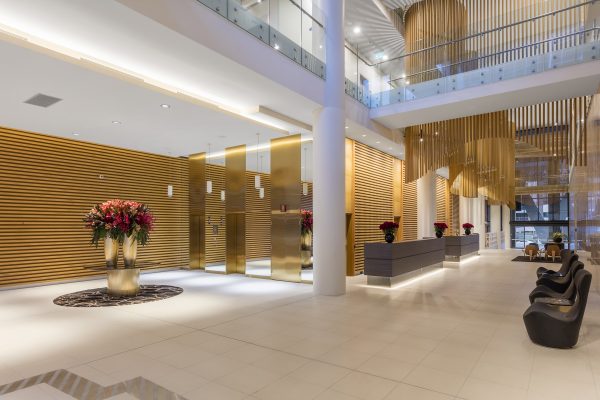 Crown Group was awarded the 2018 UDIA NSW Mixed-Use award for its 514-apartment tower V by Crown Group at the Annual Urban Development Institute of Australia (UDIA) NSW Awards for Excellence in Sydney recently. 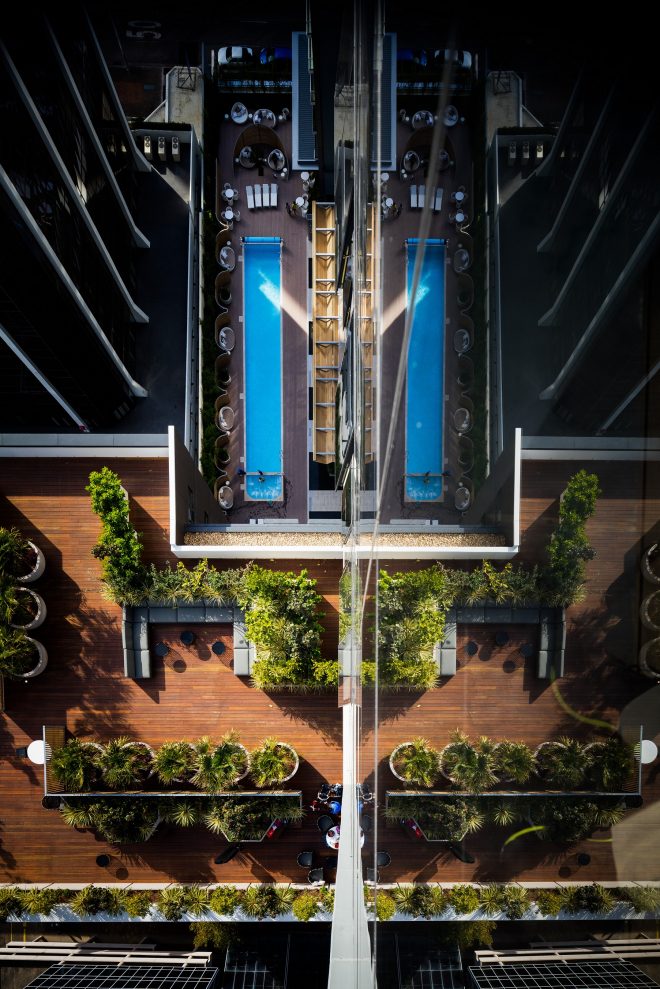 “This award is a recognition of the unique design of V by Crown Group, a development which reflects the past, present and the future,” Sunito says.

Sunito, who is also an architect, has often expressed his desire to use innovative designs rather than to simply follow designs of the past.

“We strive to push the boundaries of conventional design, to create revolutionary breakthrough developments,” he says. “After more than 20 years of growth, we continually strive to create award-winning architectural designs across Sydney’s skyline.”

The Awards acknowledge the best in urban development across NSW and the ACT and winners are selected for their standout commitment to excellence in their category.

The development involved the preservation of a number of key elements of Parramatta’s historical and cultural past, including the remains of a convict hut found during excavation and uniquely displayed for public view in a purpose-built display centre located on-site. Named the ‘The Philip Ruddock Heritage Centre’, the public showcase was officially opened to the public by NSW Premier Gladys Berejiklian along with Mayor of Hornsby and former member for Parramatta, Philip Ruddock and Crown Group CEO Iwan Sunito in December 2017. 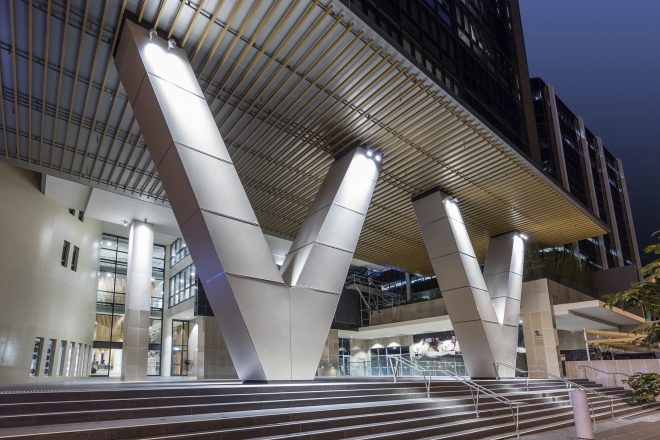 At ground-level, V by Crown Group’s modern retail precinct is home to Husk + Vine Restaurant and Bar, The Shed Café among other eateries and retail outlets.

V by Crown Group’s second tower was completed in 2017.