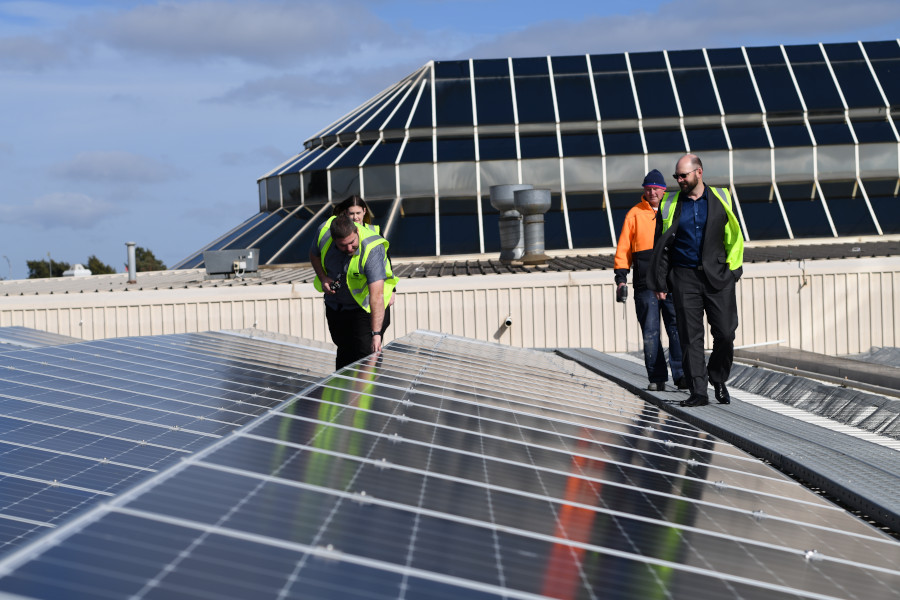 Vicinity Centres’ journey to a 4 Star Green Star Performance rating is a testament to what facilities can achieve when sustainable practice is prioritised.

Sustainable practice has become an increasingly hot topic across all aspects of Australian life. Where once we turned off the light when leaving a room for the sake of our electricity bill, now our responsibility can be measured on a global scale.

For those of us operating commercial facilities, that responsibility is greatly amplified. In Australia, non-residential buildings are responsible for 10 percent of greenhouse gas emissions, 7.7 percent of final energy consumption, 10 percent of water consumption and 49 percent of waste. The need to ensure our facilities are efficient and sustainable is growing, as is scrutiny of our efforts.

It’s critical, therefore, for facility managers to have a common framework through which they can determine the extent of their efforts and a guide by which they can improve them. In Australia, that standard is Green Star. Launched by the Green Building Council of Australia (GBCA) in 2003, Green Star buildings produce 62 percent less greenhouse gas emissions, use 66 percent less electricity, 51 percent less water and recycle 96 percent of construction and demolition waste. The change it fosters is palpable, as Vicinity Centres has discovered throughout the process of achieving the highest Green Star Performance rating for a retail property portfolio in Australia.

Vicinity Centres was formed in June of 2015 following a merger between Federation Centres and Novion Property Group. Four years later, the organisation has a stake in 66 of Australia’s most prominent retail assets, including The Myer Centre Brisbane, The Strand Arcade in Sydney and Direct Factory Outlets (DFOs) across the nation. Its most renowned asset, super regional fashion and entertainment destination Chadstone, is the largest shopping centre by sales volume in Australia, generating more than $2 billion in sales annually. It alone receives more than 24 million national and international visitors a year – a figure that highlights just how important sustainable practice is to reducing the environmental impact of the group’s portfolio.

Vicinity first sought Green Star Performance certification for its portfolio shortly following the merger. It did so to determine the status of the 91 assets that were under its banner at the time (June 2016) and to lay the foundation for future sustainability efforts.

The portfolio received a 2 Star Green Star Performance Portfolio rating – representing average performance according to the GBCA’s rating tool. Vicinity’s sustainability team, led by general manager sustainability Melissa Schulz, determined the rating could be improved within a short period of time. As a result, the group made a public commitment to reach a portfolio average of 3 Star within 12 months.

The process of improving from a 2 to 3 Green Star Performance rating was not going be an easy one for Vicinity Centres. The very nature of retail property, with its large, open spaces, high volume of foot and vehicle traffic and a need to maintain a very particular profile poses certain challenges that would make many facility managers balk at such a momentous undertaking.

On the scale at which Vicinity operates, assessing the needs of each individual asset would have been nothing short of impossible. Therefore, it was decided that to reach the 3 Star Green Star Performance goal, Vicinity would tackle the big three sustainability considerations – energy, waste and water – on a portfolio-wide scale. By establishing a consistent approach to the management of these three elements, improvements could be made at scale while remaining cost-effective.

Using the Green Star Performance tool as a guide, Vicinity Centres’ energy intensity dropped six percent, its greenhouse gas emissions went down eight percent, and 36 percent of waste was diverted from landfill. The portfolio received the 3 Star Green Star Performance rating Vicinity was aiming for, becoming the largest portfolio to achieve the rating at the time and setting the sustainability benchmark for the entire industry.

The sustainability team wasn’t content resting on its laurels though. In 2018, sustainability manager Marc Gillespie sat down to figure out what it would take for the portfolio to reach a 4 Star Green Star Performance rating.

Vicinity’s Integrated Energy Strategy, which includes a scaled-up energy efficiency program and industry-leading $73 million investment in onsite solar was a key contributor to reaching this targeted rating. The onsite solar program is designed to generate 30 megawatts of clean energy each year across 20 assets once completed and includes trialling multiple innovations, from the installation of bifacial solar panels at Kurralta Central Shopping Centre to the world-first clear solar glass structure at West Australia’s Warwick Grove, and is expected to reduce Vicinity’s energy consumption from the grid by up to 40 percent.

A further investment of $6 million has been made for LED upgrades in 2018, and an additional investment of $10 million to upgrade and replace HVAC systems with technology designed to optimise energy efficiency.

Social sustainability has also played an important role in meeting the requirements for a 4 Star Green Star Performance rating, including Vicinity’s focused approach to community investment and its reconciliation action plan.

Why it’s worth it

The benefits are threefold:

Vicinity Centres’ has also recently announced a target to achieve net zero carbon emissions by 2030 for its 100 percent owned retail portfolio. This is a testament to what facilities can achieve when those who oversee them prioritise sustainable practice.