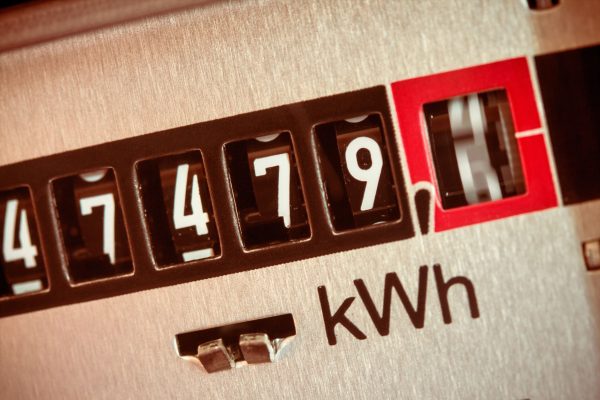 In the first of a series of articles on how to minimise electrical power costs, DAVID CARDOZO says active planning is required.

Any notion that lower electricity costs are just around the corner should be abandoned, but will we see continued upward pressure? No one knows.

If your power costs worry you now, you should do something about it. Andrew Vesey, CEO of AGL, summed up the attitude of
the electricity supply industry when he said: “Long-term loyal customers are not a problem, only the ones who threaten to go to the competition.”

That is a clear sign for action. Here, we give an overview of the electricity sector and aim to give some insight in cost reduction opportunities for your business.

WILL FINKEL SAVE THE DAY?

In short, no, not likely! There are all sorts of comments about the 50 recommendations of the Clean Energy Target (CET) in the Finkel Report – the one that is not likely to be adopted within a planning window of less than a decade or so.

It’s not the CET that’s the immediate problem: it’s the cost of getting electrical energy to your business. Of course energy in cents per kilowatt-hour (kW-hr) figures in the cost to the retailer (wholesale rates hover around four to six cents/kW-hr), but the bulk of the charges is in the network and retail costs (marketing to support churn and profit), amounting each to about 30 percent of the tariff.

IS GREEN ENERGY THE CULPRIT?

While you’ll see plenty of commentary to the contrary, basically political and ideological argument, the answer here is a firm ‘no’. Irrespective of who is driving clean energy targets (although this is unhelpful for good planning) the worldwide investment appetite is for wind, solar and batteries. The ‘levellised’ cost of electricity generation (i.e. taking the cost over the asset life time) compares very favourably with coal and gas, and costs are coming down. After all, fuel costs are zero for wind and solar.

WHY DOES ELECTRICITY COST SO MUCH?

Let’s forget for the moment the cost of generation, in particular the occasional screaming headlines in the nation’s daily newspapers, announcing peak costs per megawatt-hour. That makes for dramatic reading, but provides no underlying facts.

As already mentioned it is all about the ‘transportation’ cost of getting electricity to your door. Regulation (the Australian Energy Regulator) allows rates of return on highly inflated transmission and distribution assets and values based on prices that respective state governments were very happy to get when these were privatised. Add to this new investment which, when approved, is another source of guaranteed income.

WHAT’S THE LIKELY SCENARIO FOR COSTS IN THE SHORT-TERM?

Political pressure will continue the Federal Government’s jawboning of the electricity sector. Retail rates will be under pressure, but network charges won’t come down. They may well go up because additional investment will be needed to integrate renewables into the existing networks. The Finkel Report provides some important information and a prediction that, relatively speaking, costs will be lowered over the long- term, but that doesn’t help you now, nor for the foreseeable future.

Network charges depend on where your business is. Queensland and New South Wales enterprises stand to gain more by way of possible reductions at present than those in Victoria. However, in due course customers in all states and territories will benefit if demand can be reduced. That seems like a no-brainer, but demand when measured in kilo volt-amps (kVA for short) is different from kilowatt-hours (kW-hr). And it’s kVA that matters most to network people.

The kilowatt-hours are purchased by retailers at wholesale rates. The networks carry the kVA in order to get the electricity to your business. The kVA often exceed the kW-hr by as much as 20 percent – or more! The networks have to recover that cost, and they do.

Some states have retail tariffs where the demand (in kVA) is added to monthly bills. Once upon a time, this only applied to large industrial consumers of electrical energy, but the ‘bag limit’ is continually being lowered to include more and more businesses.

POWER FACTOR – WHAT IS IT?

In short, it’s the ratio of kilowatts (kW) to kilo volt-amps (kVA). Nearly everything plugged in has a power factor less than unity. Many electrical installations have power factors of 0.9 or lower. The networks therefore carry more electrical current over their wires than is required on the basis of kilowatts.

The financial implications of less than unity power factor (low or poor, as it is sometimes termed) can be severe. How so? Many electricity supply company pricing structures build in a punitive demand tariff if a previously agreed to maximum kVA demand is exceeded, charging the consumer on the basis of the higher kVA for the next 12-month period before ‘resetting the meter’.

There is an obvious answer to reducing kVA – buying fewer kilowatt-hours – but that may not be possible if sensible energy conserving measures have already been adopted in a business. The other way is to include some hardware, a power factor corrector, in an electrical installation. The basic operation of this kind of equipment as well as the payback available will be subjects in the following issues of FM.

Suffice to say that, typically, power factor correctors can pay for themselves by way of electricity demand savings in two to three years.

TIME TO FUTURE-PROOF YOUR BUSINESS AGAINST ELECTRICITY COST RISES?

Can ducks swim? When it comes to future- proofing for the networks supplying your electricity, the short answer is that they haven’t really started, so you will end up paying for that when they do.

What does future-proofing imply for them? In short, integrating highly variable, renewable generation resources that are being embedded in the networks requires much more network investment – we’re not dealing with LEGO sets where you just press in a few more bricks. The Finkel Report provides a roadmap, but what can we conclude from the many reactions to this sensible document? Neither the feds nor the states are shaping up to be part of the solution!

THE IMPLICATIONS OF ‘BUSINESS AS USUAL’ ARE NOT GOOD

One way or another, network charges are going to reflect new investment, requiring higher returns, but also resulting in higher percentage rate of returns. This is by virtue of a process called the Limited Merit Review of the Australian Energy Regulator whereby networks can claim ‘financial hardship’. Rely on this: every way of getting more from consumers will be found.