The 400-year history of the fire sprinkler system 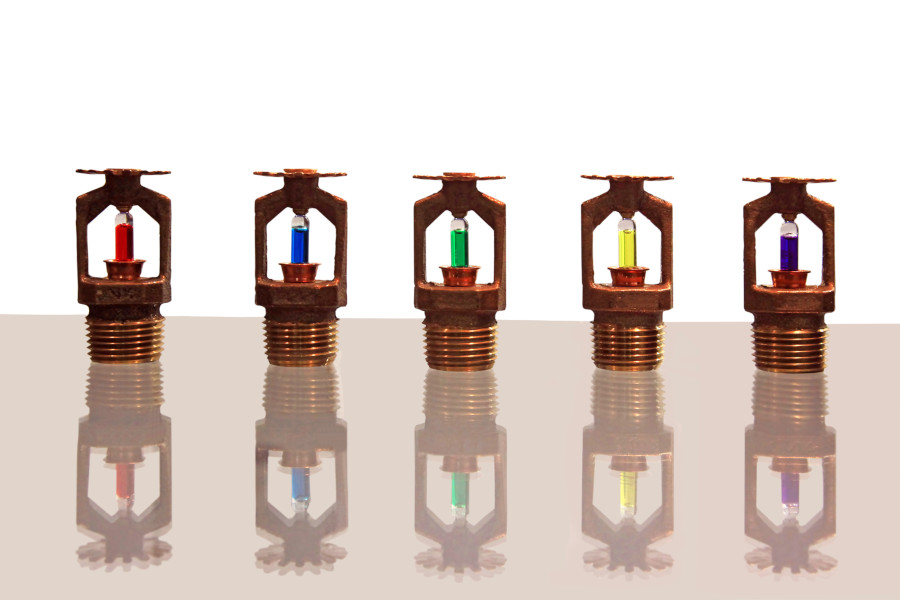 Great Inventions in FM explores the revolutionary products that have become mainstays in modern facilities. In this edition, FM considers the automatic sprinkler system.

Some of the most critical systems in any facility are systems we hope never have to be put in use.

There are few better examples of this than the automated sprinkler system. Around the world, approximately 70 million sprinkler heads are installed in any given year, making them one of the most ubiquitous systems in factories and both large commercial and residential properties. They can also be said to be one of the most effective, with the National Fire Protection Association reporting that automated sprinkler systems activate correctly in 94 percent of home fires and 96 percent of fires are controlled by fire sprinklers alone. Impressive (and comforting) figures for sure.

So where does the history of the automatic sprinkler system begin? The answer, as is the case with so many great inventions, is with Leonardo da Vinci.

Some time in the 15th century, the Duke of Milan asked da Vinci to oversee the preparation of an extravagant dinner party he was hosting. The Duke hoped da Vinci could apply his celebrated intellect to operations in the kitchen to deliver an event sure to be remembered by all who attended. The Duke would get his wish, though not in the way he hoped.

Da Vinci developed a series of conveyor belts that would bring food to the chefs faster, invented an oven that could cook at a higher temperature than any other at the time and brought 50 sculptors into the kitchen to create works of art out of the entrées. To protect the now overheated and overcrowded kitchen from any accidents, he also installed a rudimentary sprinkler system.

The guests arrived, the cooking began and operations spiralled out of control. The conveyor belts started out slow before da Vinci cranked up the speed to the point where ingredients were arriving faster than chefs could prepare the food. The oven, managed by people who didn’t know how to adjust standard cooking times in response to the higher temperature, started a small fire. The sprinkler system was activated as intended, suppressing the fire… and flooding the kitchen. It was a rare moment of public embarrassment for da Vinci and there is no further information on his use of the system after that night.

A century later, chemist Ambrose Godfrey tried his hand at producing an automated version of the device. His method was crude but effective: a fire would trigger a fuse, igniting gunpowder and creating a small explosion to release extinguishing fluid over the blaze. Godfrey’s invention would go on to provide the basis for the first handheld fire extinguishers.

It’s wasn’t until the dawn of the 19th century, however, that the modern fire sprinkler system would start to take form. Installed at the Theatre Royal in London, the design by British inventor Sir William Congreve branched out to every corner of the theatre. In the case of a fire, a 95,000 litre airtight reservoir fed water throughout the system into small pierced pipes across the entire facility.

The main issue with Congreve’s design (besides the potential for water damage to parts of the theatre otherwise unaffected by the fire) was that it still required manual activation. It was an issue many inventors would attempt to overcome in the following decades. Philip W Pratt proved successful in 1872, though his work would be improved within two years by Henry S Parmalee, creator of the first practical sprinkler head.

It was improved further again by the owner of Parmalee’s manufacturing site, Frederick Grinnell, who designed a revolutionary sprinkler system before going on to invent the glass disc sprinkler in 1890. Today, nearly 130 years later, the systems being used are essentially the same as those created by Grinnell. In fact, the French name for sprinklers is le Grinnell in his honour.

Despite its long-proven effectiveness, some regions of the world have been slow to adopt the system. It wasn’t until 2000 that automated sprinkler systems became a commonplace feature of public facilities such as hospitals and hotels in the UK. Another 11 years passed before Wales became the first country in the world to make fire sprinkler systems mandatory for new homes.

Meanwhile, in countries that have embraced the modern sprinkler system, the question of how fires can be contained is no longer being asked. It doesn’t need to be.